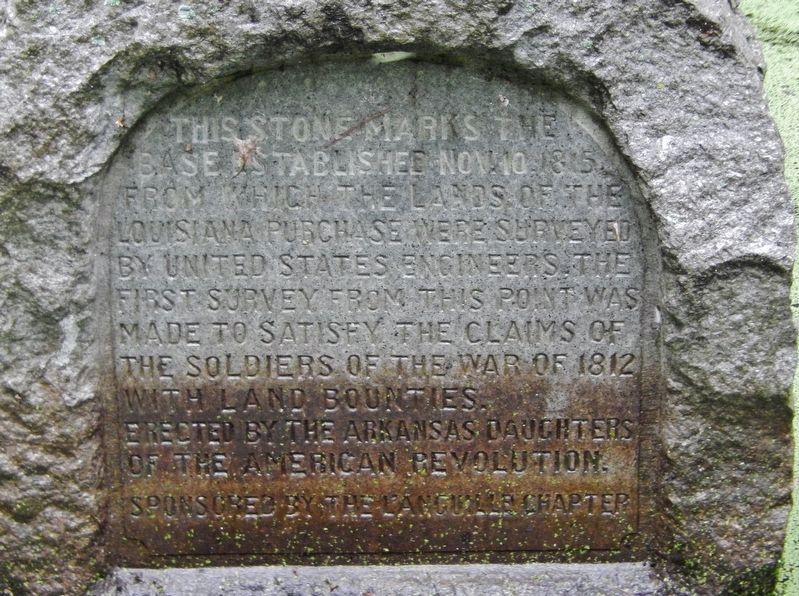 This stone marks the base established Nov. 10, 1815 from which the lands of the Louisiana Purchase were surveyed by the United States Engineers. The first survey from this point was made to satisfy the claims of the soldiers of the War of 1812 with land bounties.

Erected 1926 by Arkansas Daughters of the American Revolution.

Topics and series. This historical marker is listed in these topic lists: Exploration • Landmarks • Notable Places • Settlements & Settlers. In addition, it is included in the Daughters of the American Revolution (DAR), and the National Historic Landmarks series lists. A significant historical date for this entry is November 10, 1815.

Location. 34° 38.742′ N, 91° 3.116′ W. Marker is near Holly Grove, Arkansas, in Monroe County. Marker is on Baseline Road (State Highway 362). At end of Baseline Road,a walk of 450 feet down boardwalk into the swamp,at Louisiana Purchase State Park. Located at the junction of Lee, Monroe and Phillips Counties. Touch for map. Marker is in this post office area: Holly Grove AR 72069, United States of America. Touch for directions.

Other nearby markers. At least 8 other markers are within walking distance of this marker. The Opening of the American West (a few steps 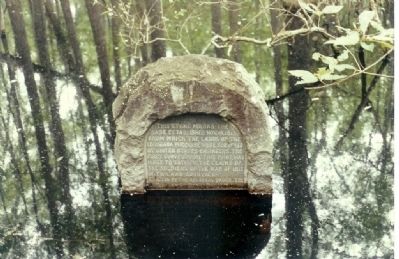 Photographed By Mike Stroud, May 1991
2. Beginning Point of the Louisiana Purchase Survey Marker

Related markers. Click here for a list of markers that are related to this marker. Louisiana Purchase Historic State Park

Also see . . .  Are you interested in the history of the Louisiana Purchase. (Submitted on March 8, 2008, by Mike Stroud of Bluffton, South Carolina.) 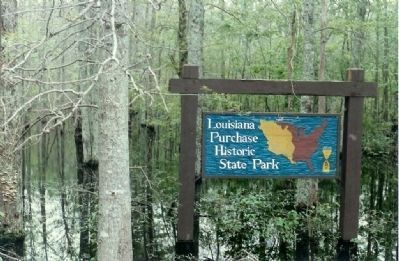 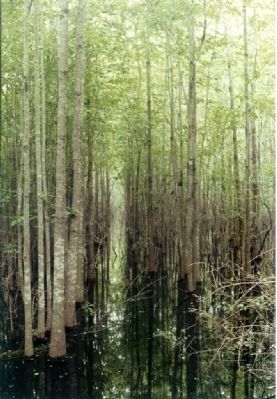 Photographed By Mike Stroud, May 2008
4. "Cut view " from Starting point looking Westward, thru the swamp 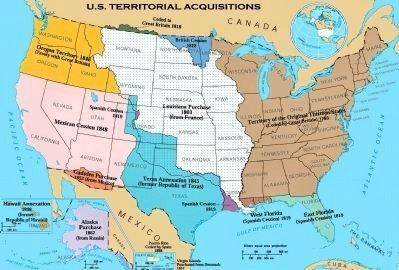