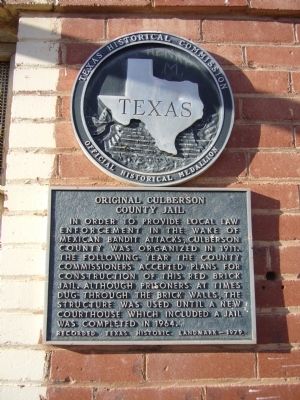 In order to provide local law enforcement in the wake of Mexican bandit attacks, Culberson County was organized in 1911. The following year the county commissioners accepted plans for construction of this red brick jail. Although prisoners at times dug through the brick walls, the structure was used until a new courthouse which included a jail was completed in 1964.

Location. 31° 2.583′ N, 104° 49.726′ W. Marker is in Van Horn, Texas, in Culberson County. Marker can be reached from the intersection of East 3rd Street and Culberson Street, on the left when traveling west. Marker is on the south side of the building on the southwest corner. Touch for map. Marker is in this post office area: Van Horn TX 79855, United States of America. Touch for directions.

Other nearby markers. At least 8 other markers are within 11 miles of this marker, measured as the crow flies. Colonel David Culberson (about 300 feet away, measured in a direct line); Culberson County Veterans Memorial 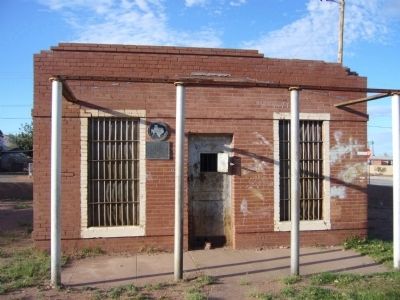 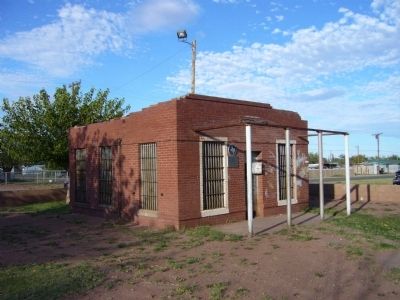