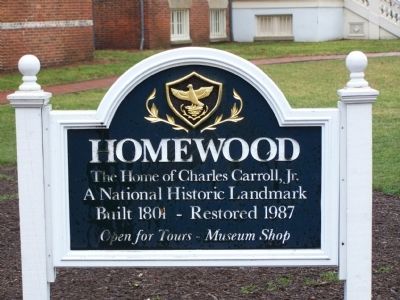 Marker series. This marker is included in the National Historic Landmarks, and the Signers of the Declaration of Independence marker series. 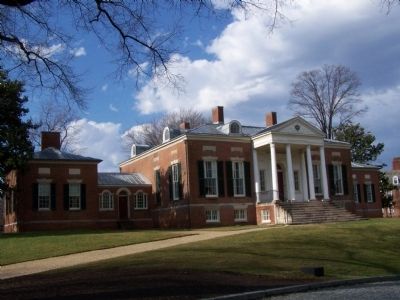 By Beverly Pfingsten, March 8, 2008
2. Homewood Mansion
Charles Carroll of Carrollton, signed of the Declaration of Independence, gave this house to his only son, Charles Carroll, Jr. and his wife as a wedding present. The house is open for tours with limited hours. It was used as the administrative building for Johns Hopkins University for many years and has now been restored to its original use as a museum.
World War I Peace Cross Memorial (approx. ¼ mile away); Spring House or Dairy - c. 1812 (approx. 0.4 miles away). Touch for a list and map of all markers in Baltimore. 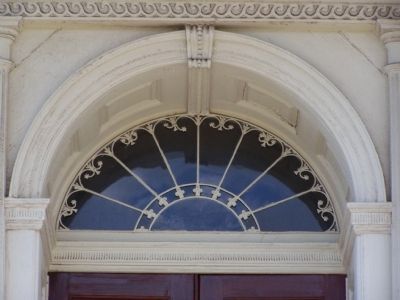 By Beverly Pfingsten, March 8, 2008
3. Window above the front entrance.
There is an even larger window inside the main entrance separating the front and back hallway. 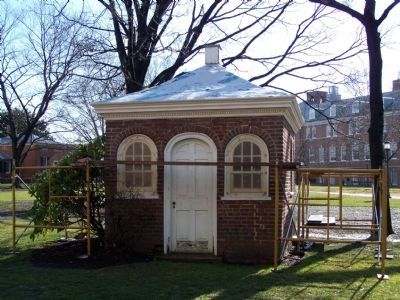 By Beverly Pfingsten, March 8, 2008
4. Privy
This substantial brick structure is one of two remaining outbuildings. It is in the process of being restored. The building has two rooms and is a seven seater.
More. Search the internet for Homewood.