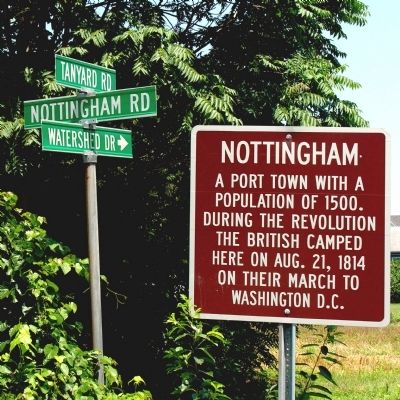 By Allen C. Browne, July 9, 2011
1. Nottingham Marker
Inscription.
Nottingham. . A port town with a population of 1500. During the Revolution the British camped here on August 21, 1814 on their march to Washington. . This historical marker is Near Croom in Prince George's County Maryland

A port town with a population of 1500. During the Revolution the British camped here on August 21, 1814 on their march to Washington.

Topics. This historical marker is listed in this topic list: War of 1812. A significant historical year for this entry is 1500.

More about this marker. This marker is quite wrong. It was during the War of 1812 that the British established a camp here between August 21 and August 29, 1814 as a rear guard camp on the march to Washington. British naval ships anchored here in support of Ross's attack on Washington which resulted after the disastrous Battle of Bladensburg in the burning of the Capitol and the White House. Earlier in 1814 this was the base of operations for the U.S. Chesapeake Flotilla under Joshua Barney. 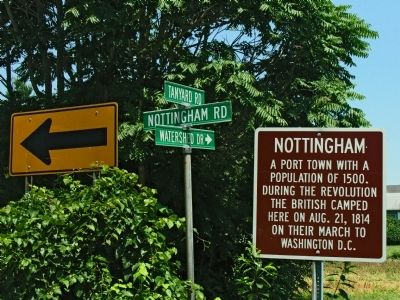 1.
The town of Nottingham has completely disappeared. A few river side houses occupy the site.
— Submitted November 22, 2012, by Allen C. Browne of Silver Spring, Maryland. 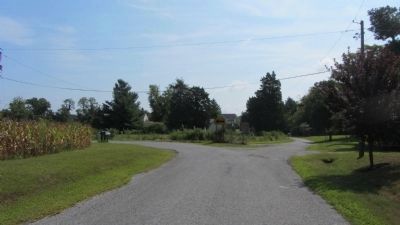 By F. Robby, August 20, 2013
3. Nottingham Marker
A view of the intersection where the marker is located as you approach from Tanyard Road. 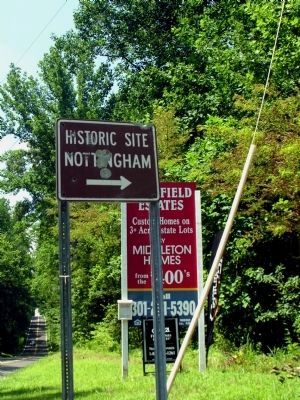 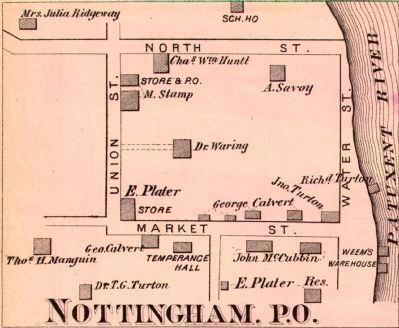