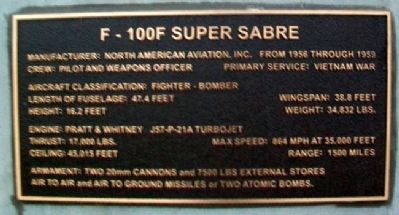 Topics. This historical marker is listed in these topic lists: Air & Space • Industry & Commerce • War, Vietnam. A significant historical year for this entry is 1956.

Location. 37° 14.19′ N, 95° 42.163′ W. Marker is in Independence, Kansas, in Montgomery County. Marker is on Oak Street east of 5th Street, on the left when traveling east. Marker is near the municipal pool near the entrance to Riverside Park. Touch for map. Marker is in this post office area: Independence KS 67301, United States of America. Touch for directions.

Other nearby markers. At least 8 other markers are within 2 miles of this marker, measured as the crow flies. Kayo's Boys (approx. 0.2 miles away); United Spanish War Veterans Memorial 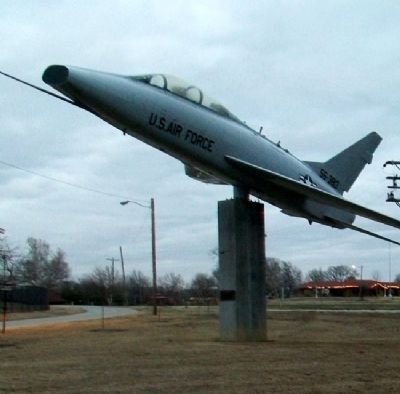