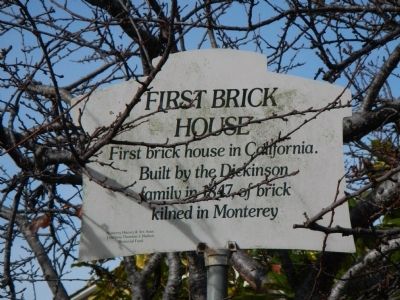 First brick house in California. Built by the Dickinson family in 1847, of brick kilned in Monterey.

Location. 36° 36.231′ N, 121° 53.69′ W. Marker is in Monterey, California, in Monterey County. Marker can be reached from Decatur Street north of Scott Street, on the right when traveling south. This marker is accessible by foot only. Touch for map. Marker is in this post office area: Monterey CA 93940, United States of America. Touch for directions. 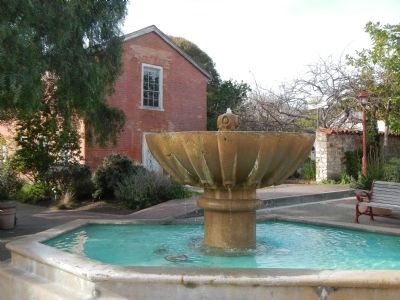 By Barry Swackhamer, January 29, 2013
2. First Brick House Marker
The marker is to the right of the fountain, near the wall. 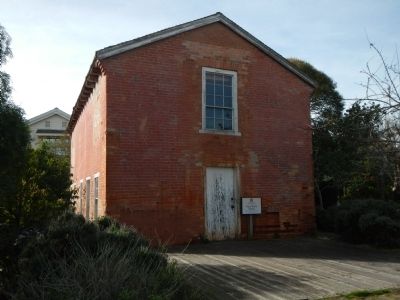 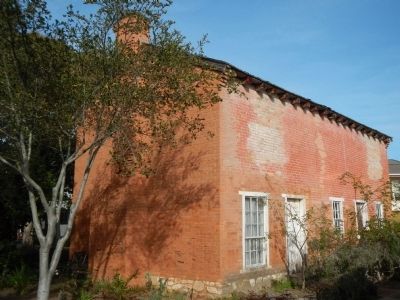 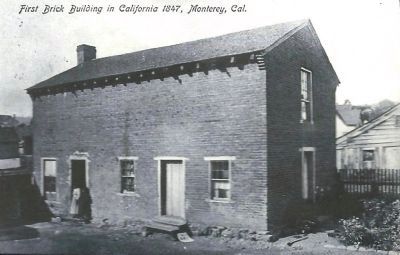