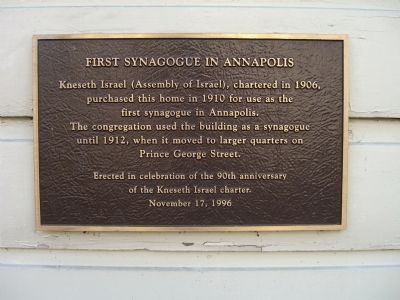 Kneseth Israel (Assembly of Israel), chartered in 1906, purchased this home in 1910 for use as the first synagogue in Annapolis.

The congregation used the building as a synagogue until 1912, when it moved to larger quarters on Prince George Street.

Erected in celebration of the 90th anniversary of the Kneseth Israel charter.

Topics. This historical marker is listed in this topic list: Churches & Religion. A significant historical year for this entry is 1906. 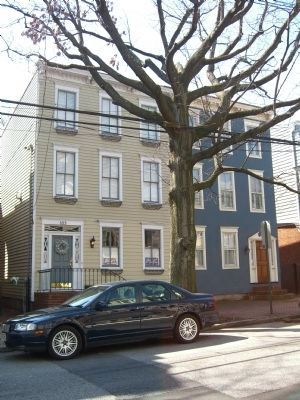 Photographed By Kevin W., March 15, 2008
2. First Synagogue in Annapolis Marker
Marker can be seen behind the blue car, just to the left of the tree.