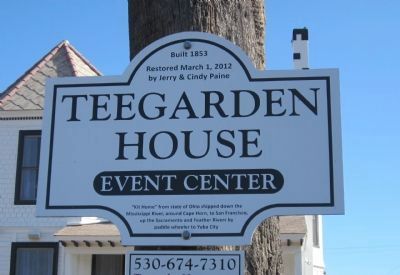 By Syd Whittle, February 10, 2013
1. Teegarden House Marker
Inscription.
Teegarden House. .
Built 1853 Restored March 1, 2012 By Jerry and Cindy Paine Teegarden House “Kit Home” from state of Ohio shipped down the Mississippi River, around Cape Horn, to San Francisco, up the Sacramento and Feather Rivers by paddle wheeler to Yuba City.. . This historical marker was erected in 2012 by Teegarden House Event Center. It is in Yuba City in Sutter County California

Built 1853
Restored March 1, 2012
By Jerry and Cindy Paine
Teegarden House
“Kit Home” from state of Ohio shipped down the Mississippi River, around Cape Horn, to San Francisco, up the Sacramento and Feather Rivers by paddle wheeler to Yuba City.

Topics. This historical marker is listed in this topic list: Notable Buildings. A significant historical date for this entry is March 1, 1873.

Location. 39° 8.301′ N, 121° 36.989′ W. Marker is in Yuba City, California, in Sutter County. Marker is on Plumas Street north of Teegarden Street, on the right when traveling north. Touch for map. Marker is at or near this postal address: 731 Plumas Street, Yuba City CA 95991, United States of America. Touch for directions. 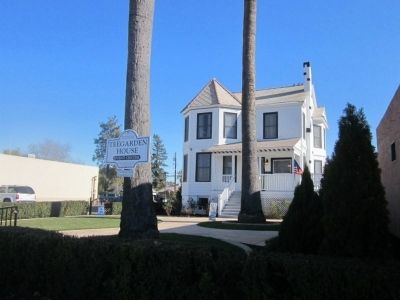 Regarding Teegarden House. Dr. Eli Teegarden traveled to Yuba City during the Gold Rush in 1850 from Ohio and set up his medical practice in Marysville. He ordered his "Kit Home" from his home state of Ohio and it was completed in 1853 at which time he sent for his wife, Deborah and his two children. He began his political career in Yuba and Sutter Counties and was eventually elected to the State Senate. Both Deborah and Dr. Teegarden are buried in the historic Marysville City Cemetery.

In the early 1900's the Kiley family bought the house and sold off a portion of the ranch property for taxes.

For about 8 years during the 1930's the house was used by the Yuba City Mortuary as a funeral home and in the 1940's it was a boarding house for soldiers stationed at nearby Beale AFB (then known as "Camp Beale".

The house is now owned by Jerry and Cindy Paine. After restoration it opened as the Teegarden House Event Center. 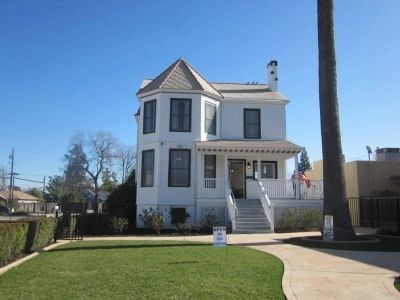 Additional commentary.
1. Teegarden House
Thank you for adding the Teegarden House to your Historical Marker Database. I love to give tours of the house. Feel free to stop by.
— Submitted February 18, 2013, by Cynthia Paine of Yuba City, California. 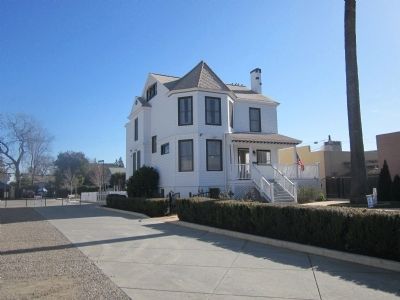