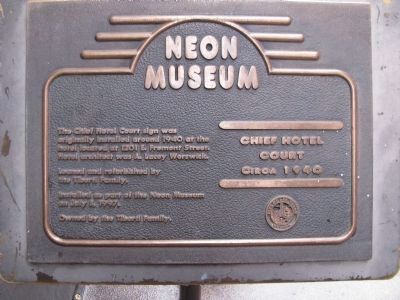 The Chief Hotel Court sign was originally installed around 1940 at the hotel located at 1201 E. Fremont Street. Hotel architect was A. Lacey Worshwick.

Loaned and refurbished by the Tiberti Family.

Owned by the Tiberti Family.

Topics. This historical marker is listed in this topic list: Landmarks. A significant historical month for this entry is July 1880. 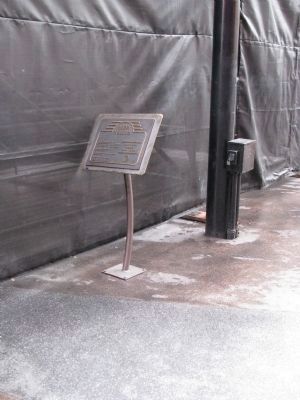 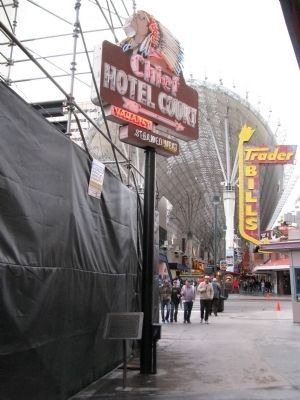 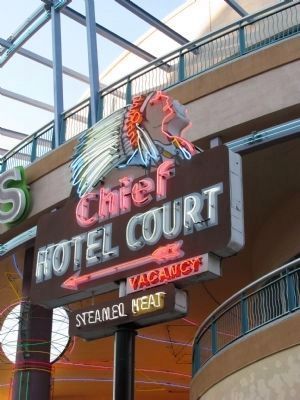 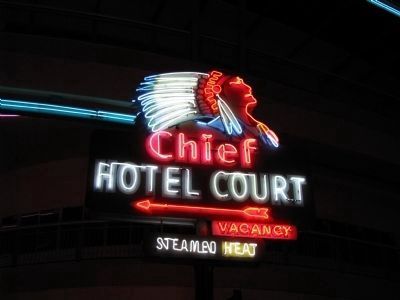