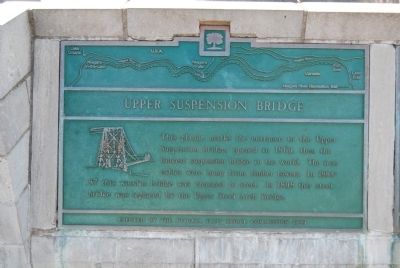 This plaque marks the entrance to the Upper Suspension Bridge, opened in July 1869, then the longest suspension bridge in the world. The iron cables were hung from timber towers. In 1884-87, this wooden bridge was changed to steel. In 1898, this steel bridge was replaced by the Upper Steel Arch Bridge. 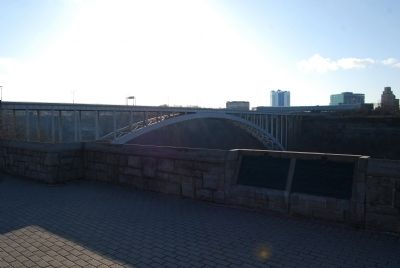 Topics. This marker is included in this topic list: Bridges & Viaducts 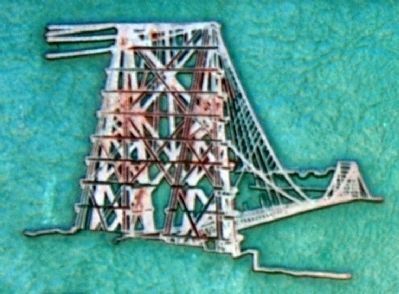