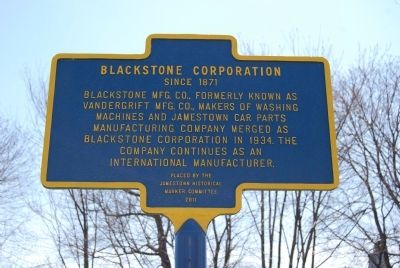 Topics. This historical marker is listed in this topic list: Industry & Commerce. A significant historical year for this entry is 1934.

Location. 42° 5.629′ N, 79° 14.473′ W. Marker is in Jamestown, New York, in Chautauqua County. Marker can be reached from Shearman Place. Located at park next to Chadakoin River at the Blackstone Corporation. Touch for map. Marker is in this post office area: Jamestown NY 14701, United States of America. Touch for directions. 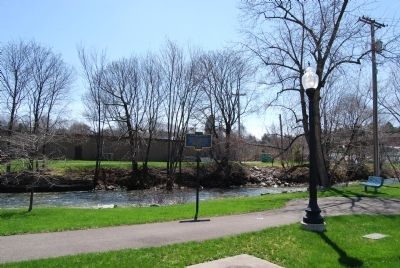