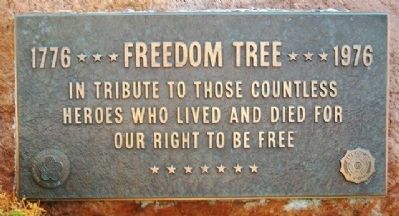 By William Fischer, Jr., October 24, 2012
1. Freedom Tree Marker
Inscription.
Freedom Tree. In tribute to those countless heroes who lived and died for our right to be free . This memorial was erected in 1976 by American Legion. It is in Leavenworth in Leavenworth County Kansas

Topics. This memorial is listed in these topic lists: Heroes • Military. 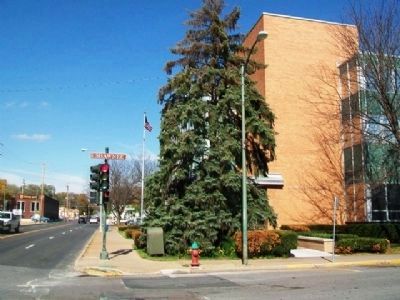