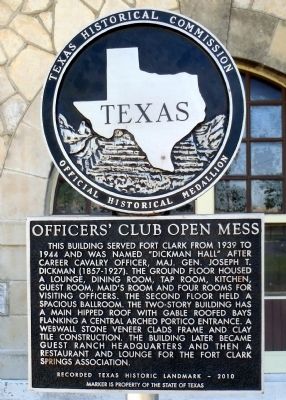 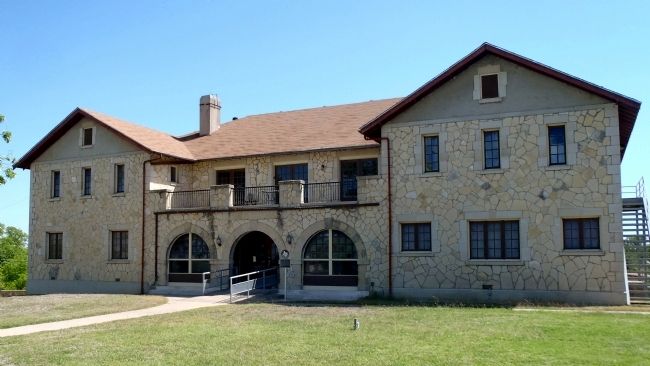 By William F Haenn, May 5, 2013
2. Fort Clark's Officers' Club Open Mess, "Dickman Hall"
Colony Row, on the right when traveling west on McClernand Road. Touch for map. Marker is at or near this postal address: 1 McClernand Rd, Brackettville TX 78832, United States of America. Touch for directions.

More about this marker. The marker is located on the grounds of the Fort Clark Springs Asso. and is accessible to the public.

Regarding Officers' Club Open Mess. The building is recognized as a contributing structure to the Fort Clark Historic District. This distinctive building was the officers’ club for the 5th Cavalry Regiment, the 112th Cavalry Regiment, the 9th Cavalry Regiment and the 2nd Cavalry Division. The presence of this building is conclusively linked to Fort Clark’s significant contribution to United Sates Army heritage.On the eve of World War II the new club was an imposing structure, spacious, well appointed with modern conveniences and decorated in the Art Deco style of the era. “The Club” quickly became the pride of the officer 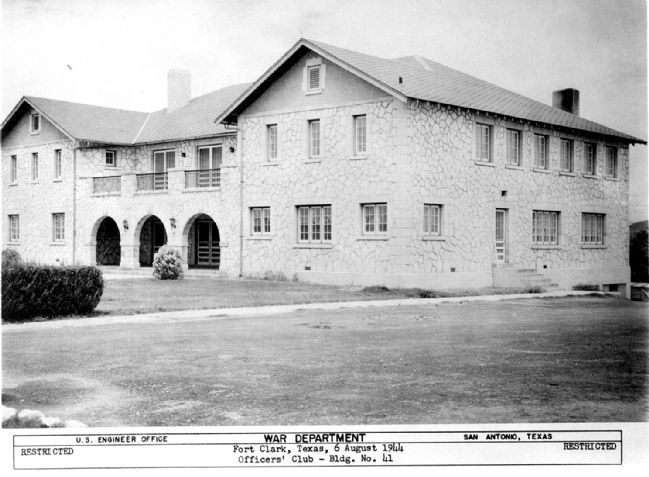 By U.S. Army Signal Corps, circa Aug 1944
3. Historic view of Fort Clark's Officers' Club Open Mess
corps (and more probably the pride of the officer’s wives) on the post and the focal point of social activities for the officer class. The second floor featured an airy ballroom with a hardwood dance floor, the only such amenity for miles around. Countless parties were held here by the officers of the 5th Cavalry, 112th Cavalry, 9th Cavalry, and 2nd Cavalry Division. A genuine place of memories and good times. 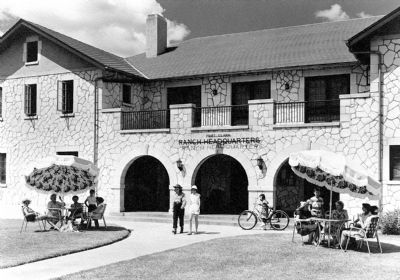 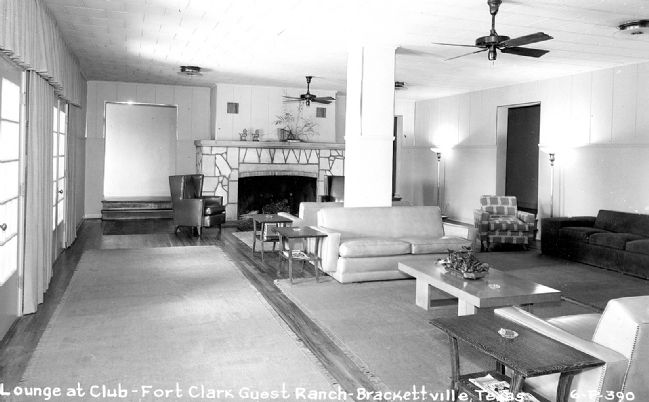 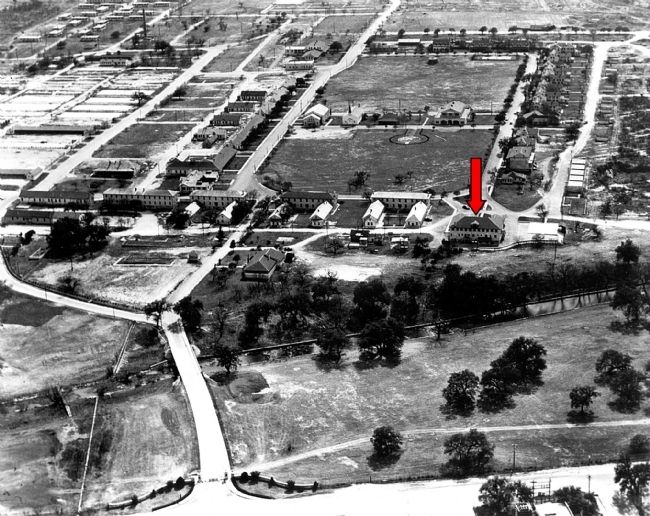