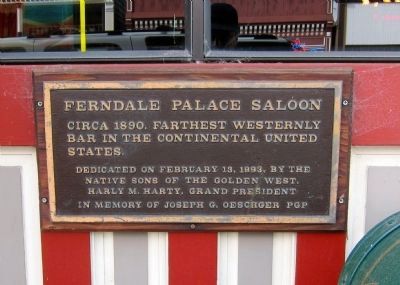 Circa 1890. Furthest westernly bar in the continental United States.

Erected 1993 by Native Sons of the Golden West.

Topics and series. This historical marker is listed in these topic lists: Entertainment • Industry & Commerce. In addition, it is included in the Native Sons/Daughters of the Golden West series list. 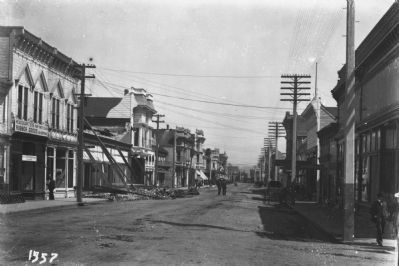 By Ray Jerome Baker, April,1906
2. 300 Block of Main Street, Looking North, Post-1906 Earthquake
The April 18, 1906 earthquake best known for devastating San Francisco also heavily damaged numerous towns and cities up and down the California coast, including Ferndale. This view, looking north up Main Street, shows (on the left) the Taylor Building (327 Main), The Brick Store (339 Main), and the Palace Saloon (353 Main, also known as the M.H. Donnelly Building). (Image courtesy of Humboldt Room Photographic Collections, Humboldt State University)
(about 300 feet away, measured in a direct line); "The Danish Hall" (about 300 feet away); Danish Hall (about 300 feet away); Blackburn Law Office (about 300 feet away). Touch for a list and map of all markers in Ferndale. 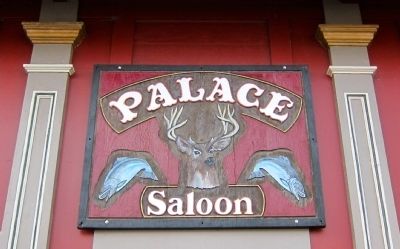 By Andrew Ruppenstein, April 28, 2013
3. Ferndale Palace Saloon - Above the Door 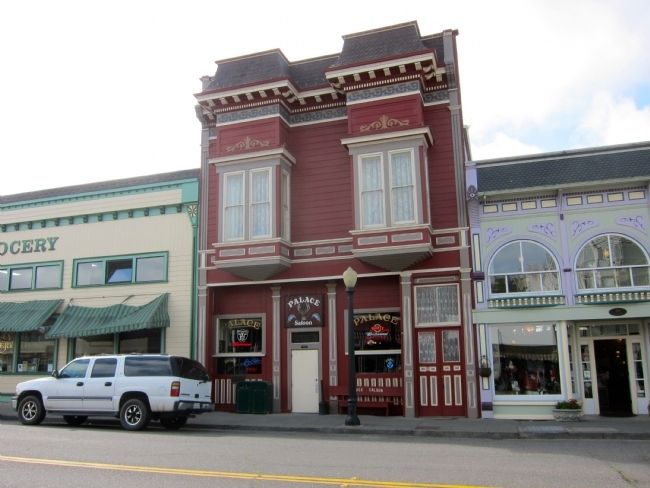 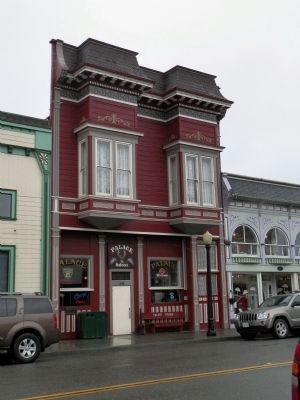