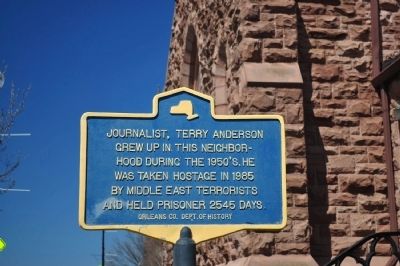 Journalist, Terry Anderson Grew up in this neighborhood during the 1950's. He was taken hostage in 1985 by Middle East terrorists and held prisoner 2545 days.

Topics. This historical marker is listed in this topic list: Heroes. A significant historical year for this entry is 1985. 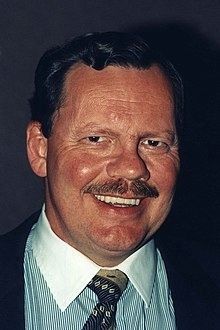 Click or scan to see
this page online
Terry Anderson. Wikipedia entry (Submitted on May 22, 2013, by Bill Pfingsten of Bel Air, Maryland.) 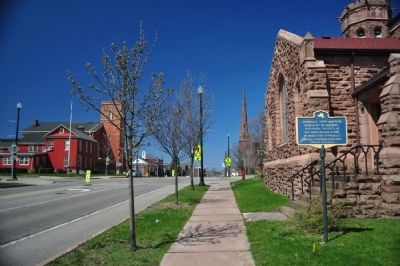 Photographed By Yugoboy, April 21, 2013
3. Journalist, Terry Anderson Marker facing north
The church on the right was built by George Pullman (yes, the RR car magnate) in honor of his parents. 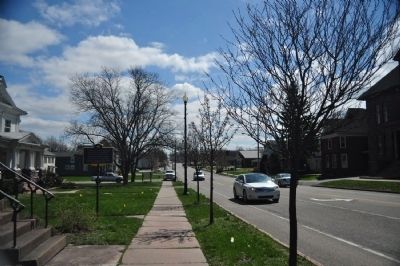