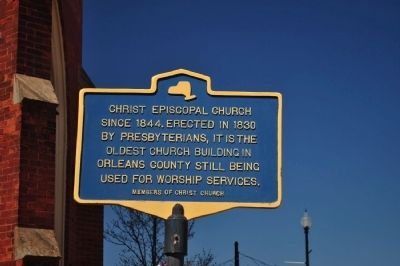 Since 1844, erected in 1830 by Presbyterians, it is the oldest church building in Orleans County still being used for worship services.

Erected by Members of Christ Church.

Topics. This historical marker is listed in this topic list: Churches & Religion. A significant historical year for this entry is 1844. 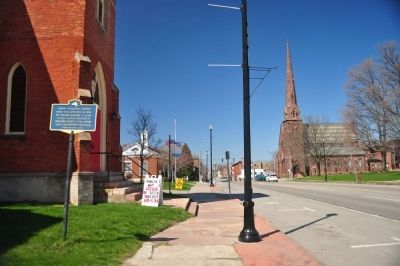 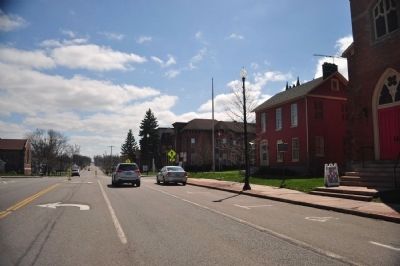 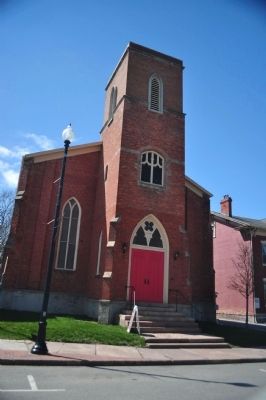 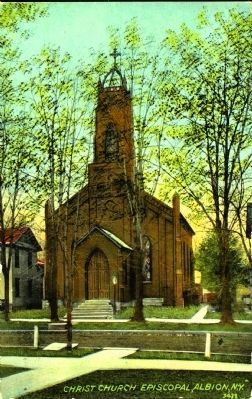