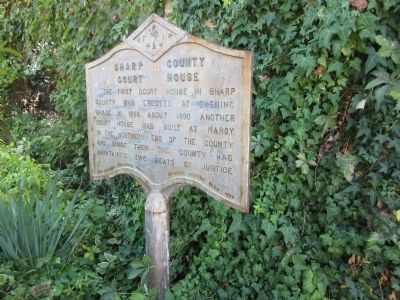 The first court house in Sharp County was erected at Evening Shade in 1868. About 1890 another court house was built at Hardy in the northern end of the county and since then the county has maintained two seats of justice.

Topics and series. This historical marker is listed in this topic list: Government & Politics. In addition, it is included in the Arkansas Centennial Commission series list. A significant historical year for this entry is 1868.

Other nearby markers. At least 3 other markers are within 13 miles of this marker, measured as the crow flies. Battles of Martin Creek and Morgan's Mill (approx. 7.8 miles away); Civil War in Fulton County / Action at Salem (approx. 12.9 miles away); Community Auditorium (approx. 13 miles away). 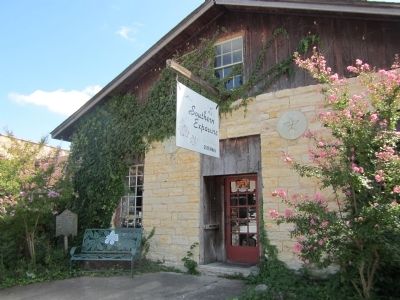