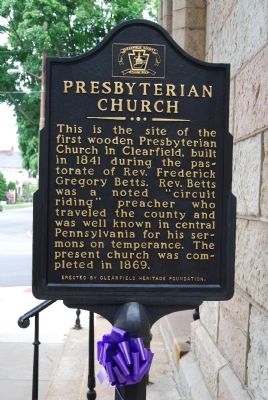 This is the site of the first wooden Presbyterian Church in Clearfield, built in 1841 during the pastorate of Rev. Frederick Gregory Betts. Rev. Betts was a noted "circuit riding" preacher who traveled the country and was well known in central Pennsylvania for his sermons on temperance. The present church was completed in 1869.

Erected by The Clearfield Heritage Foundation.

Topics. This historical marker is listed in this topic list: Churches & Religion. A significant historical year for this entry is 1841. 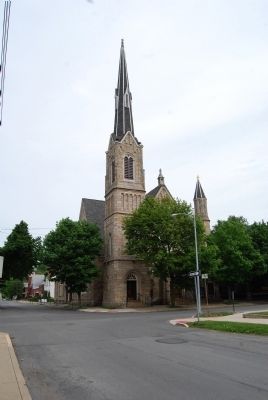