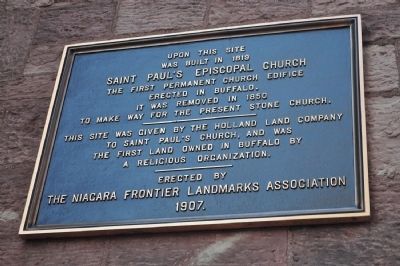 Upon this site was built in 1819 Saint Paul's Episcopal Church The first permanent church edifice erected in Buffalo. It was removed in 1850 to make way for the present stone church. This site was given by the Holland Land Company to Saint Paul's Church and was the first land owned in Buffalo by a religious organization.

Topics and series. This historical marker is listed in this topic list: Churches & Religion. In addition, it is included in the National Historic Landmarks series list. A significant historical year for this entry is 1819. 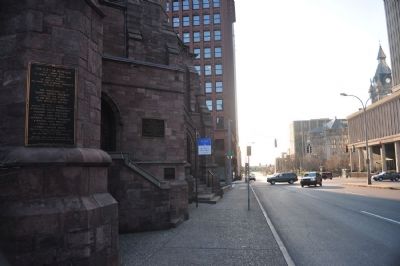 Photographed By Yugoboy, April 22, 2013
2. Saint Paul's Episcopal Church Marker in situ
The marker at far left is a war memorial (with its own HMDB entry), and the small marker below this one is the National Historic Landmark plaque shown in the next picture.

Also see . . .  HABS Record for Saint Paul's Episcopal Church. HABS Statement of Significance: St. Paul's Cathedral a key architectural landmark in downtown Buffalo serves as visual anchor for the south Main Street area. It is flanked on the west by Sullivan's Prudential Building of 1894-95 (NY-5487), and on the east by D. H. Burnham's Ellicott Square Building of 1895. With new commercial buildings rising above it to the north, the Cathedral and its surrounding park create an open, low-profile, pedestrian space. (Submitted on January 1, 2015.) 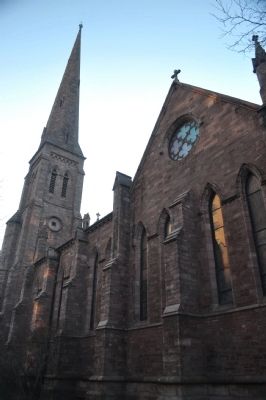 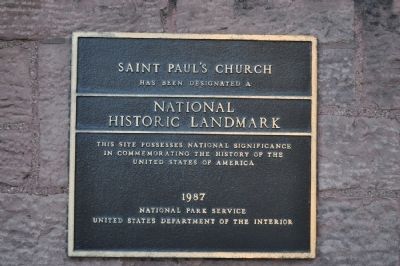 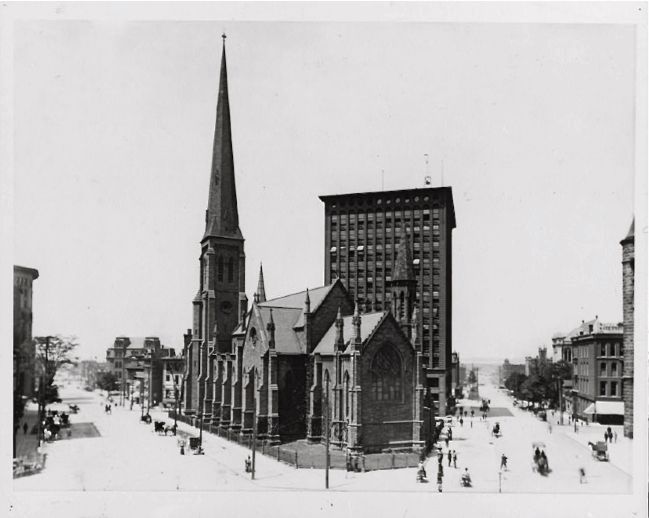