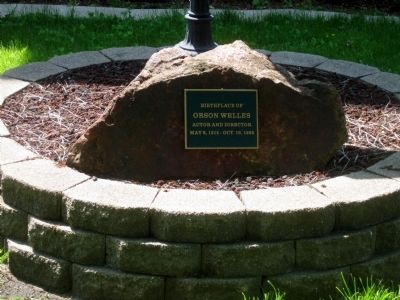 Topics. This historical marker is listed in these topic lists: Arts, Letters, Music • Entertainment. A significant historical month for this entry is May 1878.

Regarding Birthplace of Orson Welles. Richard and Beatrics 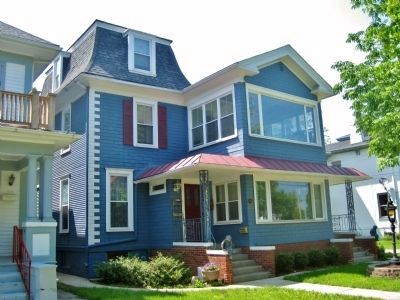 June 14, 2013
2. Birthplace of Orson Welles
The marker is at the foot of the lamp post on the right.

Click or scan to see
this page online
Welles moved into the upstairs flat of this building in 1915, shortly before the birth of Orson. Richard Welles worked at the local American Brass Company. The Welles family moved to Chicago when Orson was five years old. Orson Welles would became one of the greatest actors, directors, and writers of his time.