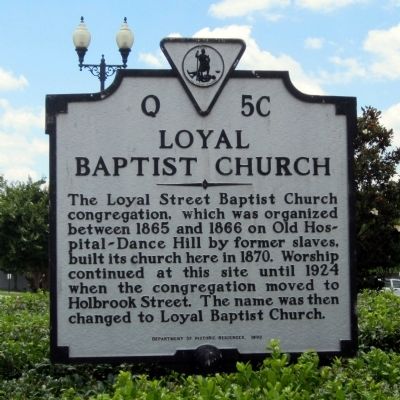 The Loyal Street Baptist Church congregation, which was organized between 1865 and 1866 on Old Hospital-Dance Hill by former slaves, built its church here in 1870. Worship continued at this site until 1924 when the congregation moved to Holbrook Street. The name was then changed to Loyal Baptist Church. 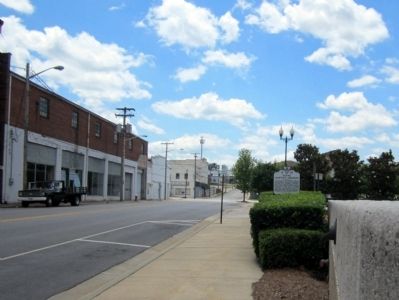