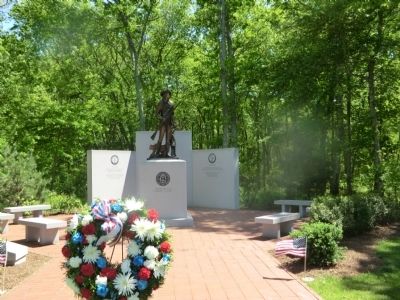 (Left Panel)
Army National Guard-Since 1638-The Rhode Island Army National Guard was formed as a State Militia for the protection of the people. It always answers the call to arms when conflicts or natural disasters occur in our state, our nation or around the world.

(Center Panel)
Rhode Island’s greatest asset in peace and war. I am the Guard. Whenever a strong arm and valiant spirit must defend the nation there I stand.

For three centuries a civilian in peace, a soldier in war, I am the custodian of the nation’s security and honor now and forever, there I stand. I am the Guard.

(Right Panel)
Air National Guard-Since 1947-The Rhode Island Air National Guard was created as a separate armed service when the United States Air Force was established. Its mission provides combat support in war and humanitarian aid during natural disasters throughout the world. 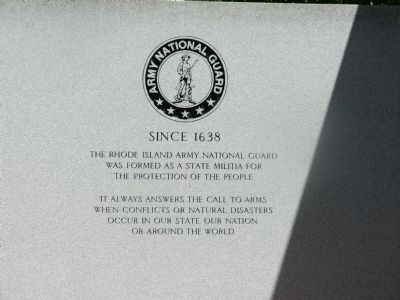 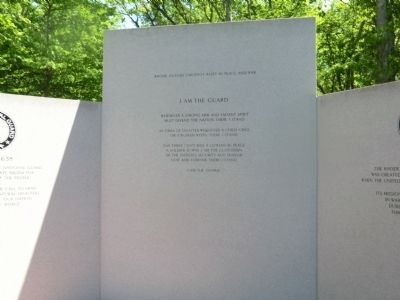 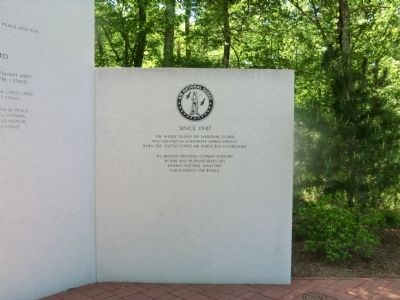