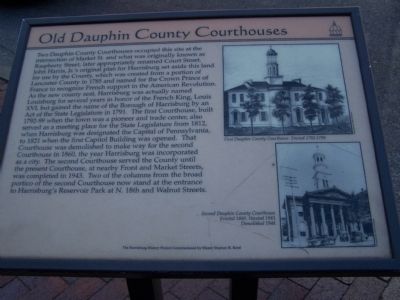 Two Dauphin County Courthouses occupied this site at the intersection of Market St. and what was originally known as Raspberry Street, later appropriately renamed Court Street. John Harris, Jr.'s original plan for Harrisburg set aside this land for use by the County, which was created from a portion of Lancaster County in 1785 and named for the Crown Prince of France to recognize French support in the American Revolution. As the new county seat, Harrisburg was actually named Louisburg for several years in honor of the French King, Louis XVI, but gained the name of the Borough of Harrisburg by an Act of the State Legislature in 1791. The first Courthouse, built 1792-99 when the town was a pioneer and trade center, also served as a meeting place for the State Legislature from 1812 when Harrisburg was designated the Capital of Pennsylvania, to 1821 when the first Capitol Building was opened. That Courthouse was demolished to make way for the second Courthouse in 1860, the year Harrisburg was incorporated as a city. The second Courthouse served the County until the present Courthouse, at nearby Front and Market Streets was completed in 1943. Two 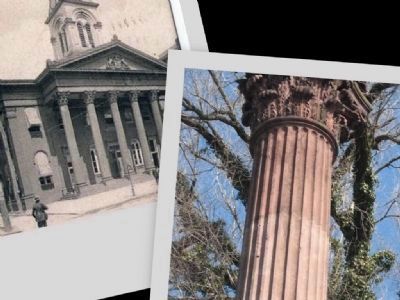 By John K. Robinson, February 3, 2008
2. Old Dauphin County Courthouse Columns
Two columns from the 1860 Courthouse were saved and installed at the entrance of Reservoir Park in the city's Allison Hill district. This collage shows an old photo of the courthouse and one of the columns today. The handsome carving on the oediment of the building is now in the Brandywine River Museum in Chadds Ford, Pa.

Topics and series. This historical marker is listed in these topic lists: Government & Politics • Notable Buildings. In addition, it is included in the Pennsylvania, The Harrisburg History Project series list. A significant historical year for this entry is 1785. 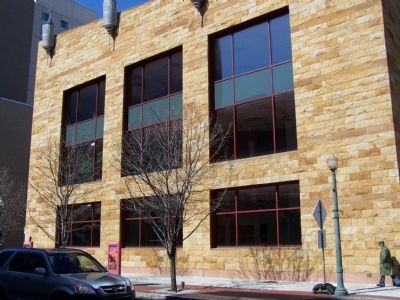 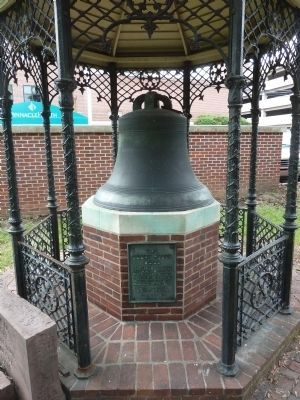 By John K. Robinson, June 3, 2014
4. Old Dauphin County Courthouse Bell
The bell from the 1860 Court House is now preserved on the grounds of the Historical Society of Dauphin County's John Harris-Simon Cameron Mansion. 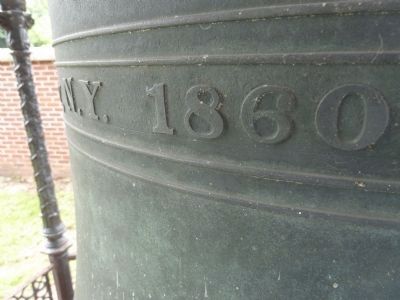 By John K. Robinson, June 3, 2014
5. Bell of Old Dauphin County Courthouse
The date of construction of the Court House is cast into the bell. 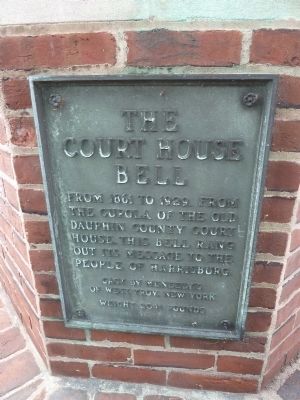