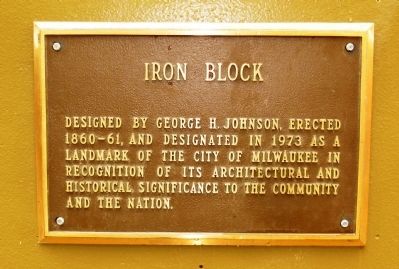 Designed by George H. Johnson, erected in 1860-61, and designated in 1973 as a landmark of the City of Milwaukee in recognition of its architectural and historical significance to the community and the nation. 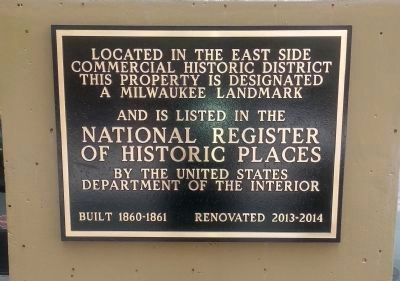 By Paul Fehrenbach, July 2, 2015
2. Iron Block Marker
National Register plaque which was recently mounted on building.
feet away); Mitchell Building (about 400 feet away); Milwaukee's Bridge War (about 500 feet away). Touch for a list and map of all markers in Milwaukee. 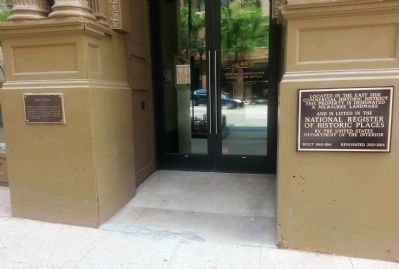 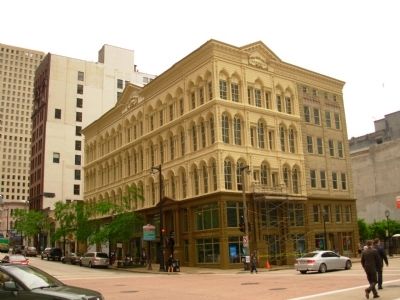