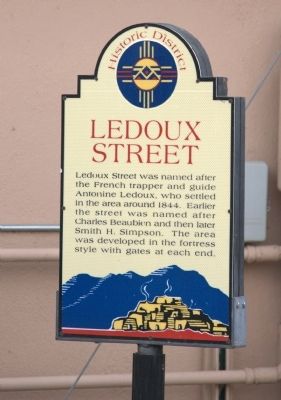 Photographed By J. J. Prats, April 22, 2013
1. Ledoux Street Marker
Inscription.
Ledoux Street was named after the French trapper and guide Antonine Ledoux, who settled in the area around 1844. Earlier the street was named after Charles Beaubien and then later Smith H. Simpson. The area was developed in the fortress style with gates at each end. . This historical marker is in Taos in Taos County New Mexico

Topics. This historical marker is listed in this topic list: Settlements & Settlers. A significant historical year for this entry is 1844. 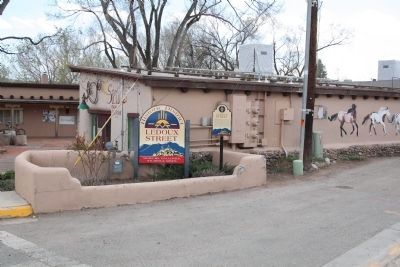 Regarding Ledoux Street. This is the heart of Taos’ art district. 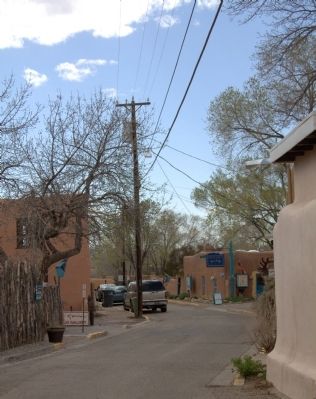