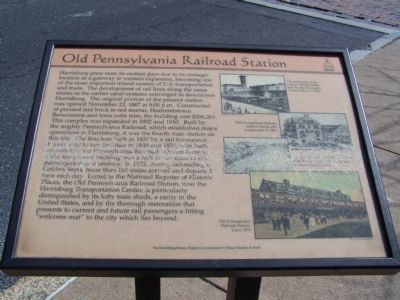 Harrisburg grew from its earliest days due to its strategic location as a gateway to western expansion, becoming one of the most important inland centers of U.S. transportation and trade. The development of rail lines along the same routes as the earlier canal systems converged in downtown Harrisburg. The original portion of the present station was opened November 23, 1887 at 8:00 p.m. Constructed of pressed laid brick in red mortar, Hummelstown Brownstone and terra cotta trim, the building cost $206,261. This complex was expanded in 1902 and 1910. Built by the mighty Pennsylvania Railroad, which established major operations in Harrisburg, it was the fourth train station on this site. The first was built in 1837 by a rail forerunner. It gave way to two facilities in 1849 and 1857, with both operated by the Pennsylvania Railroad. Queen Anne in style, the present building was a hub for millions of rail passengers over a century. In 1922, during railroading's Golden Years, more than 100 trains arrived and departed here each day. Listed in the National Register of Historic Places, the Old Pennsylvania Railroad Station, now the Harrisburg Transportation 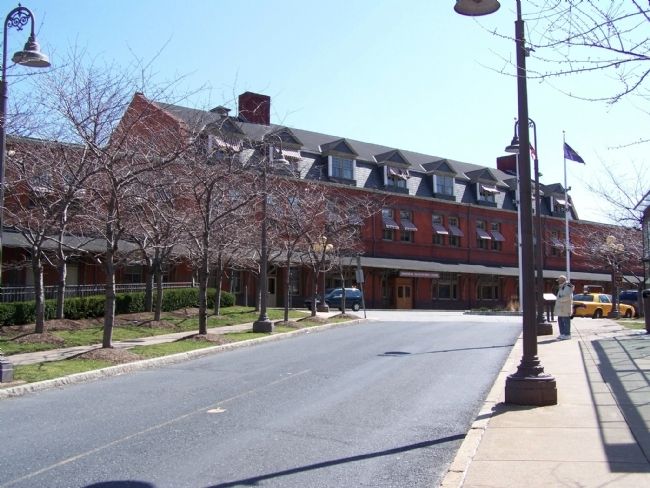 Click or scan to see
this page online
Center, is particularly distinguished by its lofty train sheds, a rarity in the United States, and by the thorough restoration that presents to current and future rail passengers a fitting "welcome mat" to the city which lies beyond.
Top Photo
The predecessor to the present railroad station was the site of Lincoln's Funeral Train in 1865.
Middle Photo
Old Pennsylvania Railroad Station shortly after construction in 1887.
Unreadable Photo
Bottom Photo
Old Pennsylvania Railroad Station Circa 1910.

Topics and series. This historical marker is listed in these topic lists: Notable Buildings • Notable Events • Railroads & Streetcars. In addition, it is included in the Pennsylvania Railroad 🚂, and the Pennsylvania, The Harrisburg History Project series lists. A significant historical date for this entry is November 23, 1977. 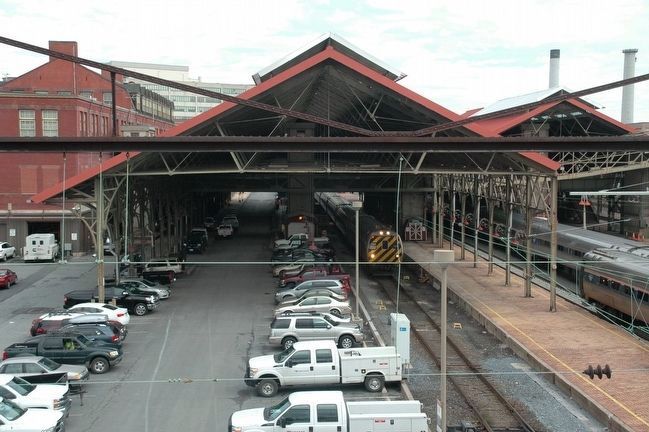 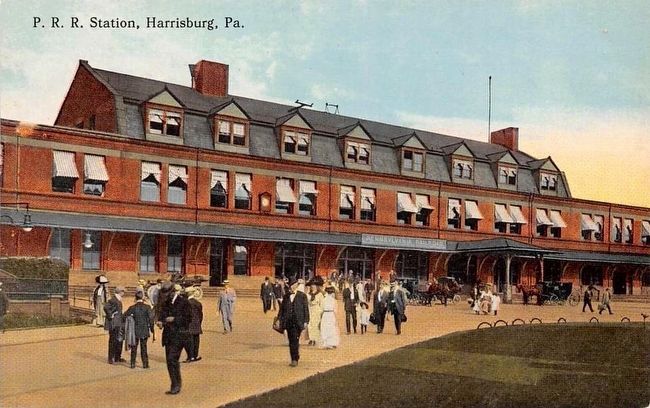 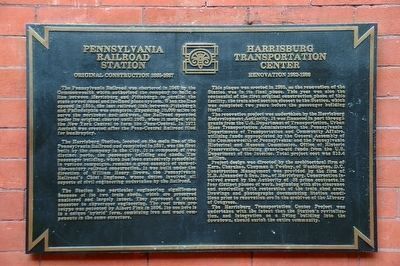 By Howard C. Ohlhous, September 22, 2015
5. Old Pennsylvania Railroad Station Plaque
A plaque on the wall inside the station details the Original Construction of the building, 1885-1887, as well as the Harrisburg Transportation Center Renovation 1982-1986.