In Memory of Those Who Served 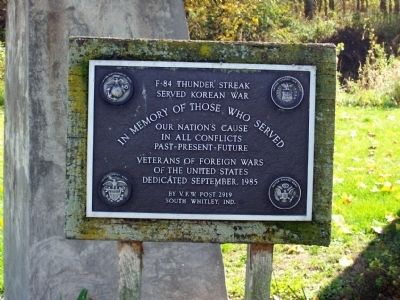 In Memory of Those who Served

our Nation’s Cause
in All Conflicts
Past - Present - Future

Veterans of Foreign Wars
of the United States

Location. 41° 5.007′ N, 85° 37.612′ W. Marker is in South Whitley, Indiana, in Whitley County. Memorial can be reached from East Front Street east of South Street (State Road 5), on the right when traveling east. At South End of the Town Park. Enter Park between the town city buildings (on E. Front Street) and follow the drive to the South End of the Park. Touch for map. Marker is in this post office area: South Whitley IN 46787, United States of America. Touch for directions. 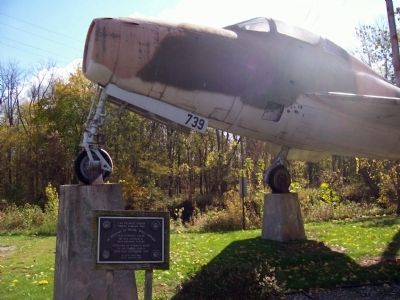