Photographed By M. Blakelylaw, July 5, 2012
1. Fairbanks Hall Memorial
Inscription.
Fairbanks Hall. Drury University. On this spot stood the building in which Drury College opened September, 25, 1873. . This historical marker was erected by Unknown. It is in Springfield in Greene County Missouri

On this spot stood the building in which Drury College opened September, 25, 1873.

Topics. This historical marker is listed in this topic list: Education. A significant historical date for this entry is September 25, 1839.

Location. 37° 13.14′ N, 93° 17.22′ W. Marker is in Springfield, Missouri, in Greene County. Marker is on N. Benton Ave., 0.1 miles north of E. Central, on the right when traveling north. The marker is in the middle of the walkway leading from the street to Burnham Hall on the back side of a large concrete object which looks suspiciously as if it had been a fountain at one time. Touch for map. Marker is at or near this postal address: 900 Block N Benton Ave, Springfield MO 65802, United States of America. Touch for directions. 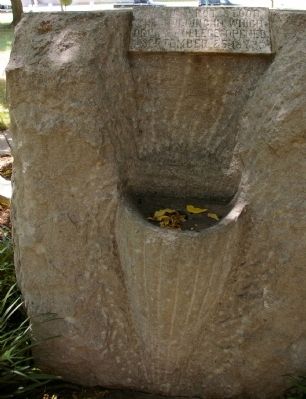 Photographed By M. Blakelylaw, July 5, 2012
2. Fairbanks Hall Memorial
This photo was taken from behind the monument, facing N. Benton Ave.

Drury University, founded as Springfield College in 1873, is associated with the United Churches of Christ and the Disciples of Christ. Its total enrollment averages between 3,000-5,000 with a campus covering about 90-acres.﻿ 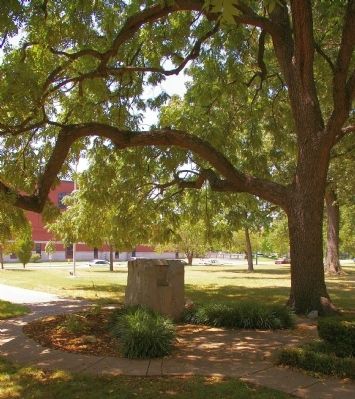 Photographed By M. Blakelylaw, July 5, 2012
3. Drury University
Note the large black walnut tree adjacent to the memorial with the little marker at its foot. The tree is just over 100-years-old. The marker states that it was planted in 1910 to honor Nathan Morrison, the university's first president. 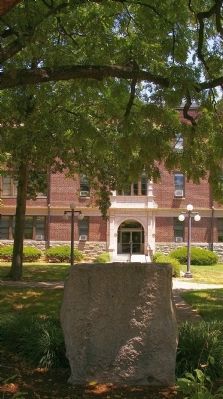