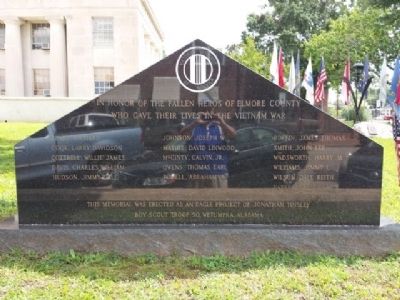 Other nearby markers. At least 8 other markers are within walking distance of this marker. Wetumpka Historical Marker (a few steps from this marker); Elmore County World War I Memorial 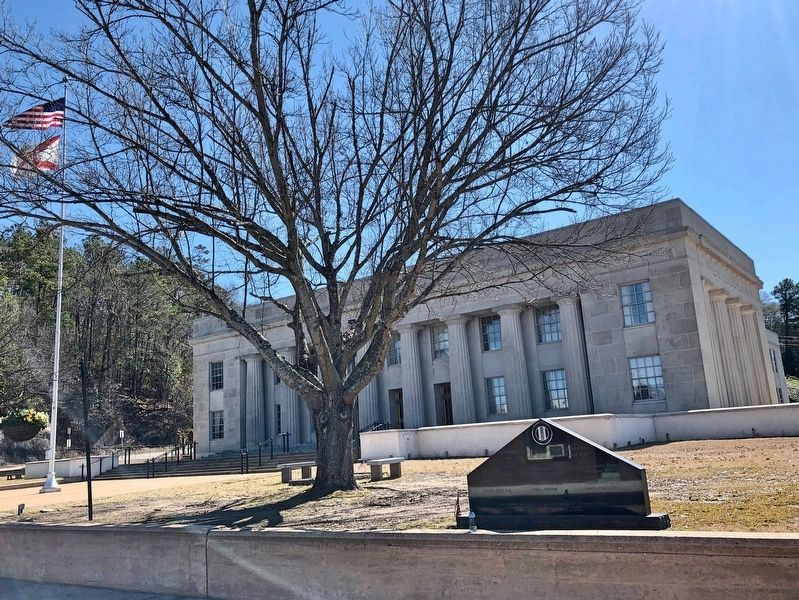 Related marker. Click here for another marker that is related to this marker. Another similar monument, located in nearby Montgomery County. 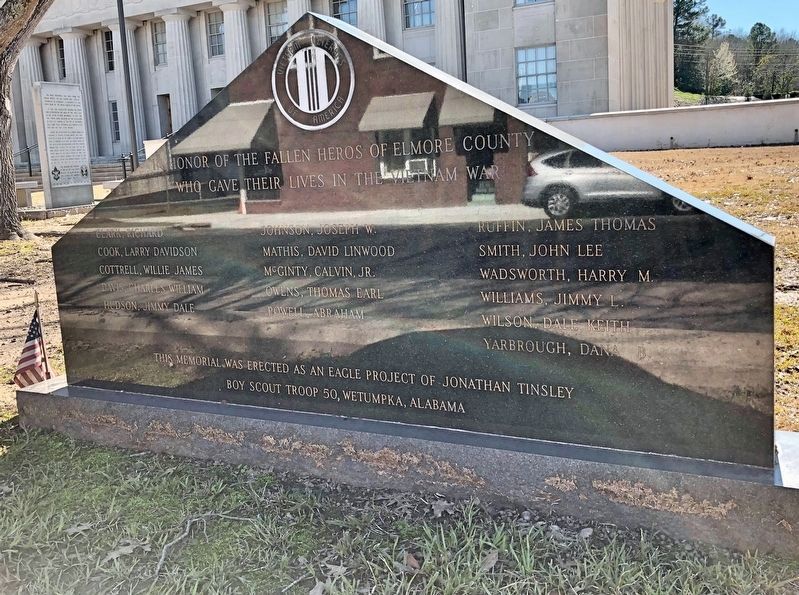