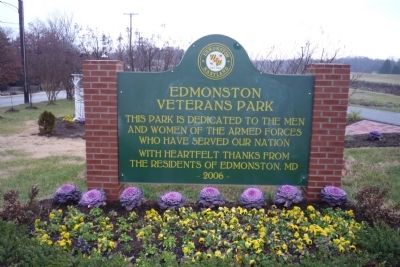 This park is dedicated to the men
and women of the armed forces
who have served our nation
with heartfelt thanks from
the residents of Edmonston, MD.

Topics. This historical marker is listed in these topic lists: Military • Notable Places • Patriots & Patriotism • Political Subdivisions. A significant historical year for this entry is 1924.

Location. Marker has been reported missing. It was located near 38° 56.98′ N, 76° 56.108′ W. Marker was in Edmonston, Maryland, in Prince George's County. Marker was at the intersection of Decatur Street and Taylor Road, on the right when traveling west on Decatur Street. Marker is adjacent to the west bank levee of the Anacostia River, Northeast Branch, on the East Coast Greenway Trail (the Riverside Drive Park hiker/biker trail) in Edmonston Veterans Park. Touch for map. Marker was in this post office area: Hyattsville MD 20781, United States of America. Touch for directions. 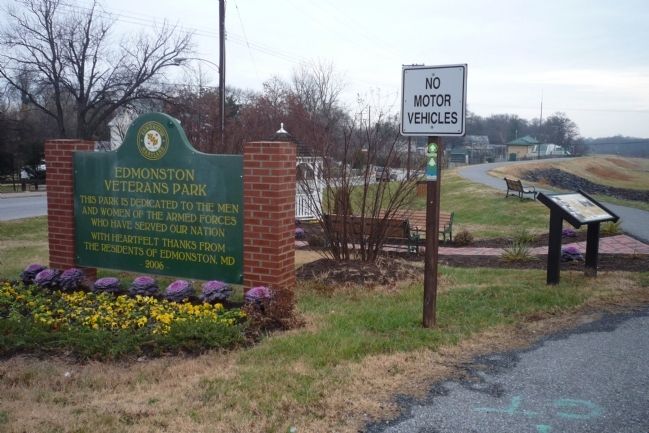