In Honor of Those Who Served 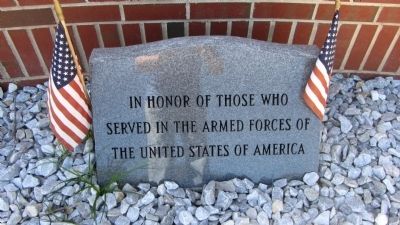 By F. Robby, September 4, 2013
1. In Honor of Those Who Served Marker
Inscription.
In honor of those who served in the Armed Forces of the United States of America., [text on back of memorial] In grateful recognition of the contributions made to this project by the District 32 delegation - Senator James Ed Degrange, Sr., Delegates Mary Ann Love, Ted Sophocleus, and Pamela Beidle - Anne Arundel County Executive John R. Leopold and District 1 Councilmember Daryl Jones. . This memorial is in Linthicum Heights in Anne Arundel County Maryland

In honor of those who served in the Armed Forces of the United States of America.

Location. 39° 12.324′ N, 76° 39.17′ W. Marker is in Linthicum Heights, Maryland, in Anne Arundel County. Memorial is at the intersection of Camp Meade Road (Maryland Route 170) and Maple Road, on the right when traveling south on Camp Meade Road. Touch for map. Marker is in this post office area: Linthicum Heights MD 21090, United States of America. Touch for directions. 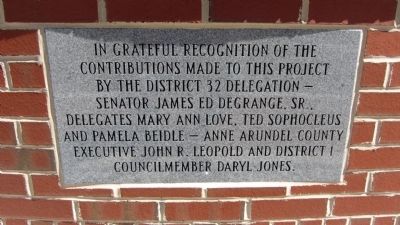 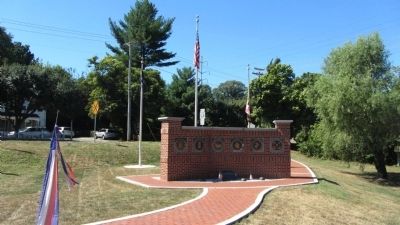 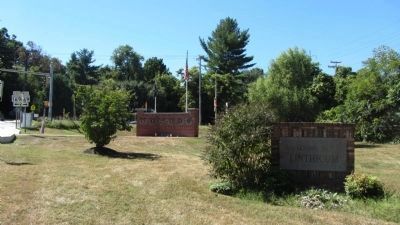