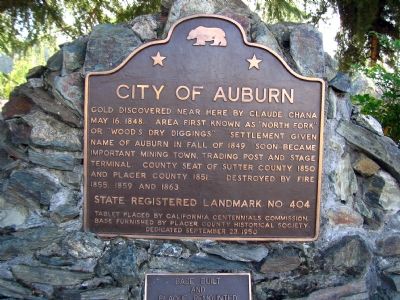 Topics and series. This historical marker is listed in these topic lists: Industry & Commerce • Railroads & Streetcars • Settlements & Settlers. In addition, it is included in the California Historical Landmarks series list. A significant historical date for this entry is May 16, 1848. 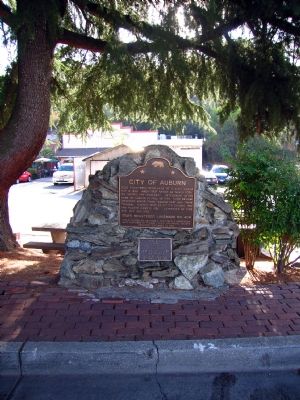 Click or scan to see
this page online
38° 53.767′ N, 121° 4.741′ W. Marker is in Auburn, California, in Placer County. Marker is at the intersection of Lincoln Way and Park Street, on the right when traveling east on Lincoln Way. Touch for map. Marker is in this post office area: Auburn CA 95603, United States of America. Touch for directions.

Additional commentary.
1. Transcontinental Transportation
The Central Pacific Railroad's eastern terminus for many years was in Auburn. It then built east to connect with the Union Pacific at Promontory Point, Utah, becoming the western part of the first transcontinental railroad in 1869. 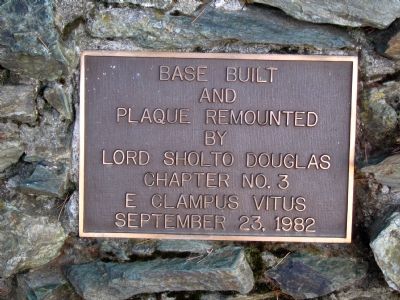 Photographed By Karen Key, November 6, 2006
3. Base Plaque
Base Built and Plaque Remounted by Lord Sholto Douglas
Chapter No. 3
E Clampus Vitus
September 23, 1982
Today it terminates in Utah; Interstate 80 has replaced it in California.
— Submitted November 13, 2006. 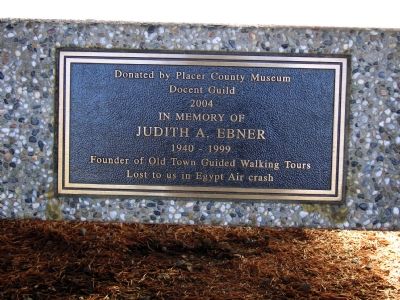 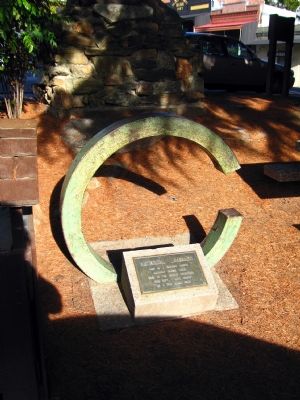 Photographed By Karen Key, November 6, 2006
5. Railroad Engine Wheel
The stones behind are the backside of marker 404. 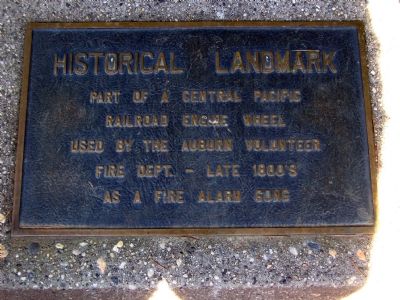 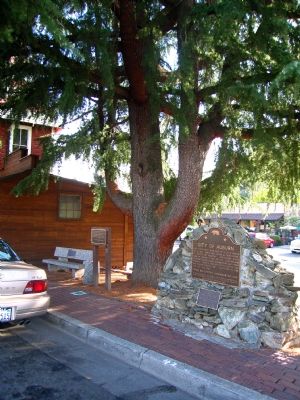 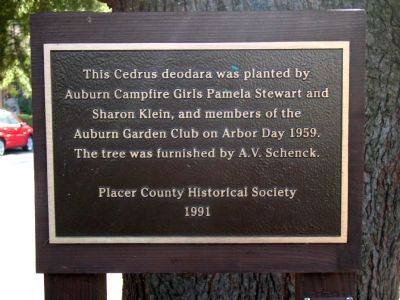 Photographed By Karen Key, November 6, 2006
8. Plaque on Tree Next to Marker
This Cedrus deodara was planted by Auburn Campfire Girls Pamela Stewart and Sharon Klein, and members of the Auburn Garden Club on Arbor Day 1959. The tree was furnished by A.V. Scheneck. 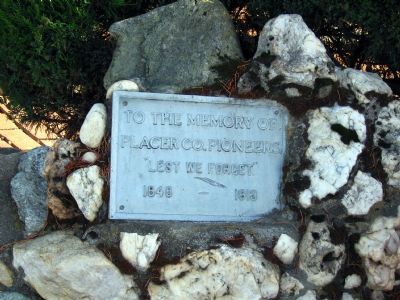 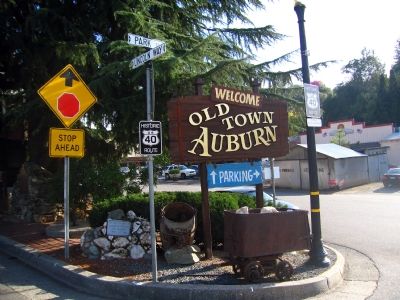