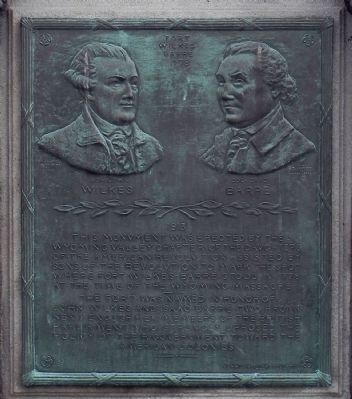 This monument was erected by the Wyoming Valley Chapter of the Daughters of the American Revolution assisted by the Sons of the Revolution to mark the spot where Fort Wilkes-Barre stood in 1778 at the time of the Wyoming Massacre.
The fort was named in honor of John Wilkes and Issac Barre two prominent Englishmen members of the British Parliament who opposed the policy of their government toward the American Colonies.
Burr Miller Sculptor

Erected 1913 by Wyoming Valley Chapter of the Daughters of the American Revolution & Sons of the Revolution. 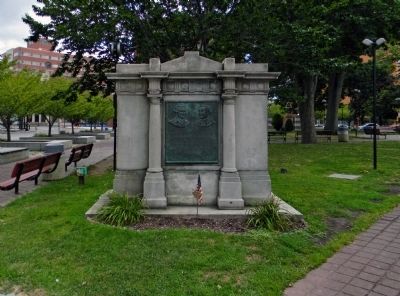 Click or scan to see
this page online
, on the right when traveling north on Public Square. The marker is located at the west corner of the Public Square. Touch for map. Marker is in this post office area: Wilkes Barre PA 18701, United States of America. Touch for directions.