Site of the First Free School 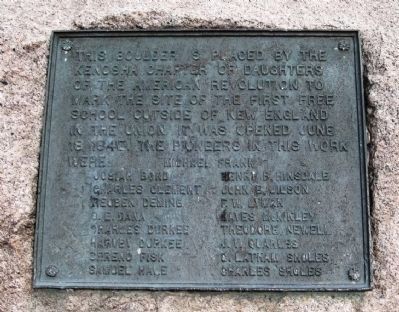 Erected by the Kenosha Chapter of Daughters of the American Revolution.

Topics and series. This historical marker is listed in this topic list: Education. In addition, it is included in the Daughters of the American Revolution (DAR) series list. A significant historical date for this entry is June 18, 1958. 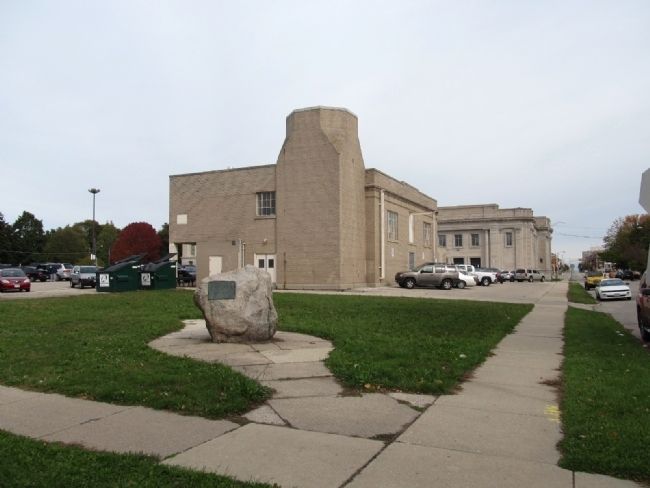 Photographed By Paul Fehrenbach, October 22, 2013
2. Site of the First Free School Marker
This is a view of the marker looking east along 58th Street.

Click or scan to see
this page online
east and west, and avenues run north and south. The marker is two blocks west of Sheridan Road / Wis STH 32, on 58th Street. Touch for map. Marker is in this post office area: Kenosha WI 53140, United States of America. Touch for directions.