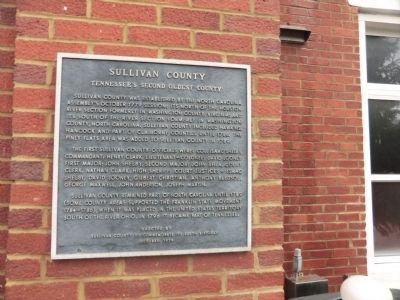 Sullivan County remained part of North Carolina until 1789 (some county areas supported the Franklin State movement 1784-1786), when it was placed in the United States Territory south of the river Ohio. In 1796 it became part of Tennessee.

Erected 1979 by Sullivan County to Commemorate its 200th birthday. 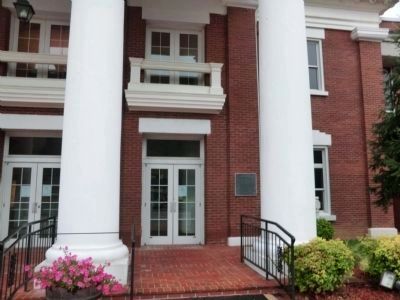 Click or scan to see
this page online
Government & Politics • Settlements & Settlers. A significant historical year for this entry is 1779.

Location. 36° 31.985′ N, 82° 19.601′ W. Marker is in Blountville, Tennessee, in Sullivan County. Marker is on Bristol Highway (Tennessee Route 126) west of Anderson Road, on the right when traveling west. The marker is wall-mounted on the right side of the entrance to the Sullivan County Courthouse. Touch for map. Marker is at or near this postal address: 3425 Tennessee 126, Blountville TN 37617, United States of America. Touch for directions. 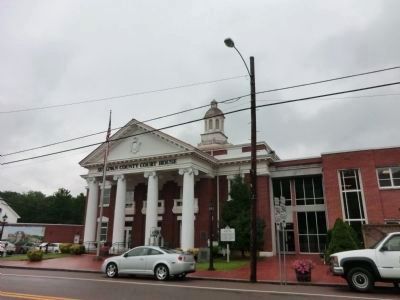