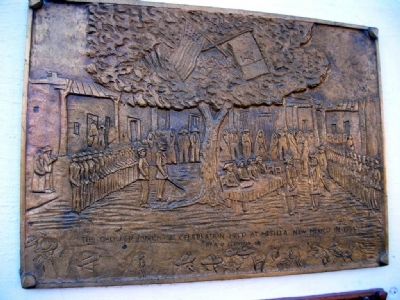 The Gadsden Purchase celebration held at Mesilla New Mexico in 1854.
By A. J. Fountain Sr.

Topics. This historical marker is listed in these topic lists: Forts and Castles • Settlements & Settlers • War, Mexican-American. A significant historical year for this entry is 1854.

More about this marker. One of five plaques on a monument in Mesilla's town square. 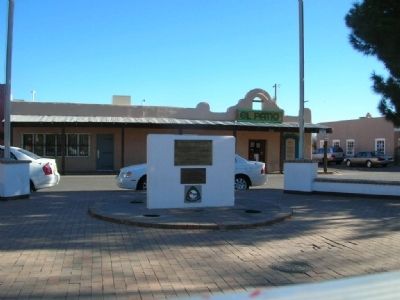 Photographed By Julie Szabo, February 12, 2008
2. The Gadsden Purchase Marker is on reverse side of this monument 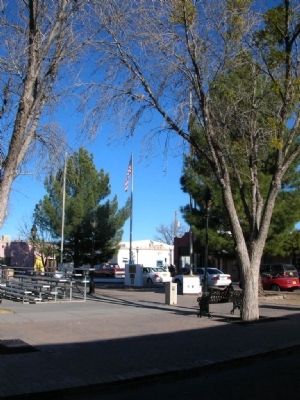 Photographed By Julie Szabo, February 12, 2008
3. The marker and flags 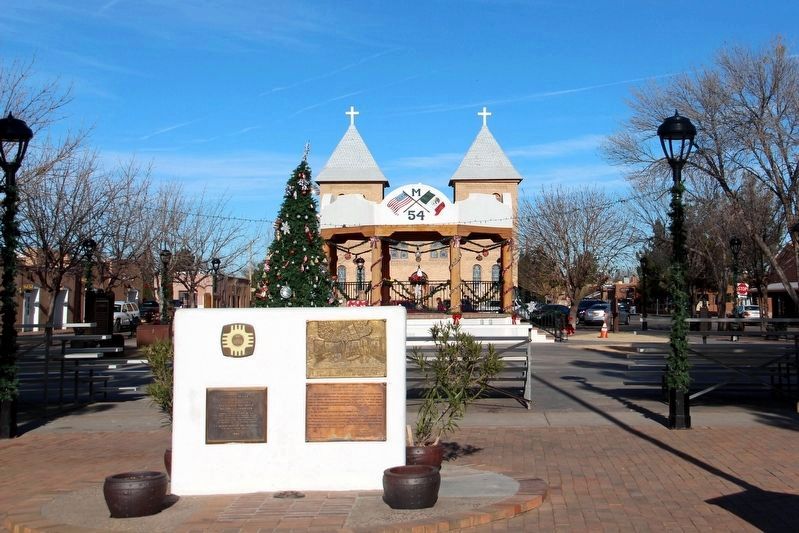