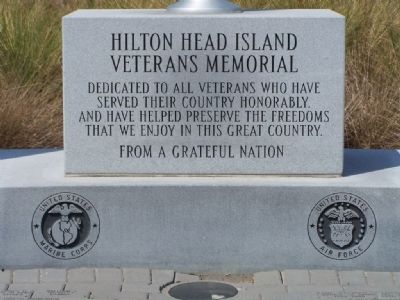 Dedicated to all veterans who have served their country honorably, and have helped preserve the freedoms that we enjoy in this great country.
From A Grateful Nation 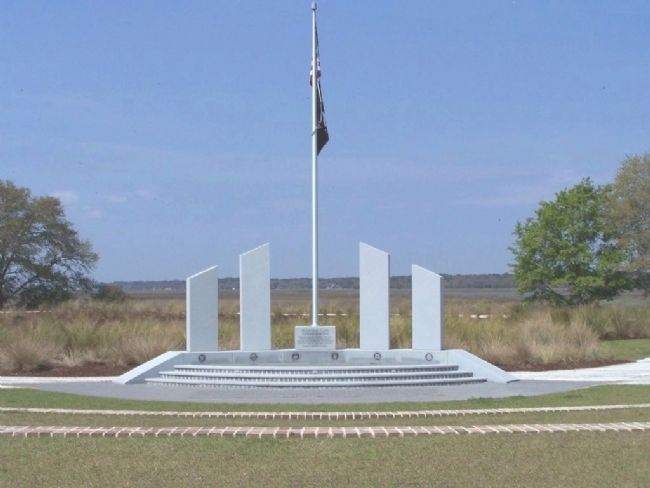 Additional comments.
1. Town of Hilton Head Island
The Town of Hilton Head Island is steeped in military tradition. Parris Island Marine Training Facility, Beaufort Marine Corps Air Station and Savannah’s Hunter Army Airfield are all within a short drive. The area also is home to a large number of active and retired servicemen and women. With such a deep military presence, town leaders thought it only fitting to find a way to honor veterans. Previous veteran’s ceremonies had been scattered throughout the town. Yet town leaders wanted a central location to gather the Island’s veterans. The idea of a veterans’ memorial was born.

The town agreed on Shelter Cove Community Park for the site. The town and coalition members worked on the design with a local architect, who donated his services.

The Hilton Head Island Veterans’ Memorial was finished in time for the 2005 Veterans’ Day Ceremony. Note To Editor only visible by Contributor and editor 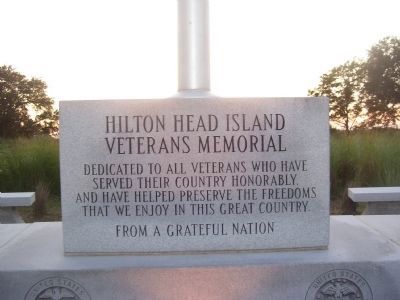 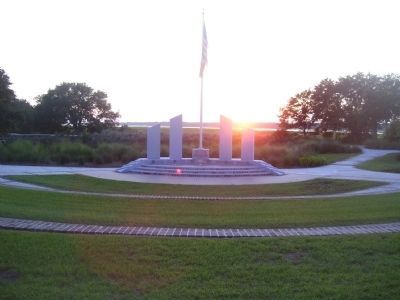