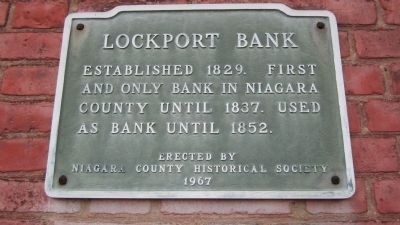 Topics. This historical marker is listed in this topic list: Industry & Commerce. A significant historical year for this entry is 1829.

Location. 43° 10.648′ N, 78° 41.027′ W. Marker is in Lockport, New York, in Niagara County. Marker is at the intersection of Market Street and Chapel Street, on the right when traveling east on Market Street. Marker is affixed to the front of the building between two windows. Touch for map. Marker is at or near this postal address: 319 Market Street, Lockport NY 14094, United States of America. Touch for directions. 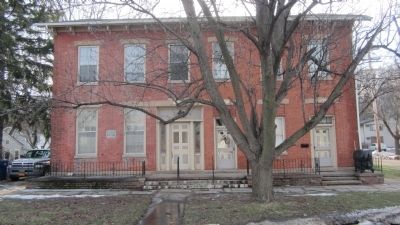 Click or scan to see
this page online
(approx. 0.3 miles away); Lockport Federal Building (approx. half a mile away); Barge Tie Ups & lock view looking west (approx. 0.6 miles away). Touch for a list and map of all markers in Lockport. 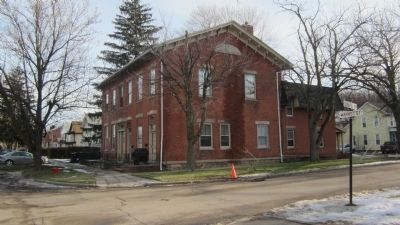