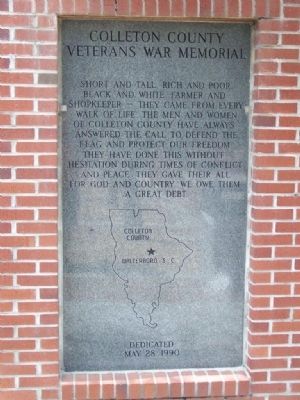 Short and tall, rich and poor, black and white, farmer and shopkeeper - they came from every walk of life. The men and women of Colleton County have always answered the call to defend the flag and protect our freedom. They have done this without hesitation during times of conflict and peace. They gave their all for God and country. We owe them a great debt.

Erected 1990 by The Citizens of Colleton County. 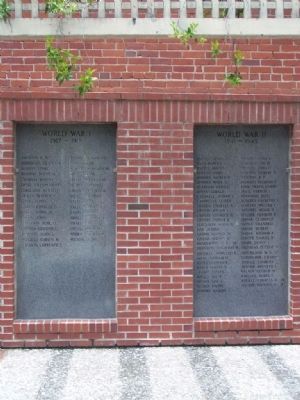 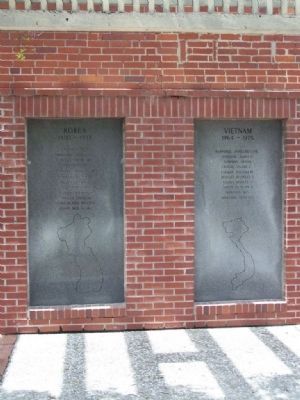 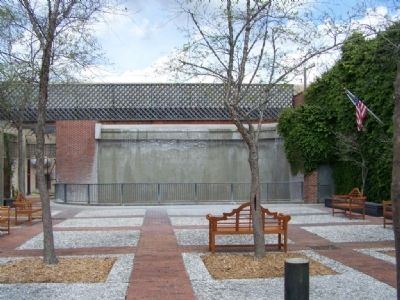