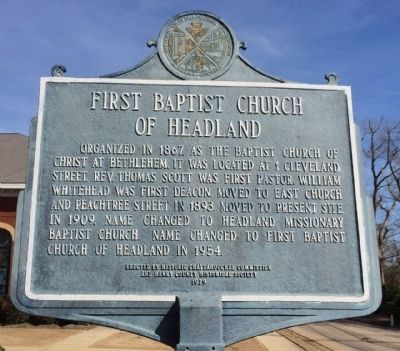 Erected 1979 by the Historic Chattahoochee Commission and the Henry County Historical Society.

Topics. This historical marker is listed in this topic list: Churches & Religion. A significant historical year for this entry is 1867.

Location. 31° 21.089′ N, 85° 20.295′ W. Marker is in Headland, Alabama, in Henry County. Marker is at the intersection of Church Street (Alabama Route 134) and Mitchell Street, on the left when traveling east on Church Street. Touch for map. Marker is at or near this postal address: 301 East Church Street, Headland AL 36345, United States of America. Touch for directions. 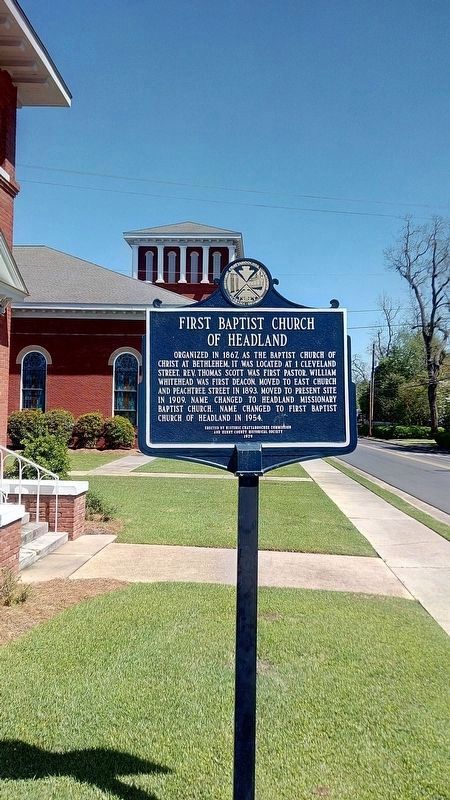 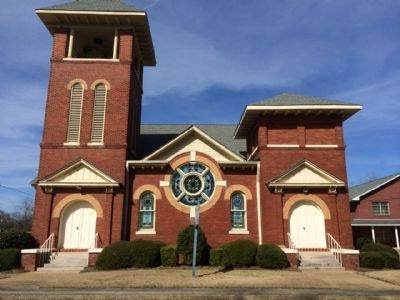