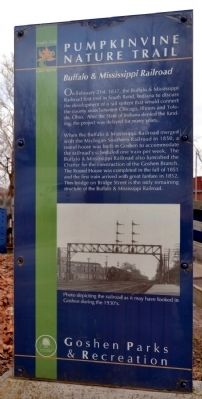 On February 21st, 1837, the Buffalo & Mississippi Railroad first met in South Bend, Indiana to discuss the development of a rail system that would connect the county seats between Chicago, Illinois and Toledo, Ohio. After the State of Indiana denied the funding, the project was delayed for many years.

Topics. This historical marker is listed in these topic lists: Bridges & Viaducts • Railroads & Streetcars. A significant historical month for this entry is February 1832. 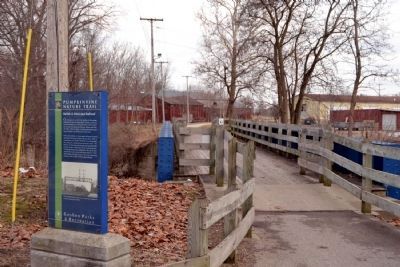 Click or scan to see
this page online
Goshen, Indiana, in Elkhart County. Marker is on Bridge Street east of N. Cottage Avenue, on the right when traveling east. Touch for map. Marker is in this post office area: Goshen IN 46528, United States of America. Touch for directions. 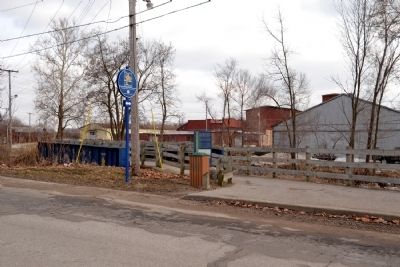 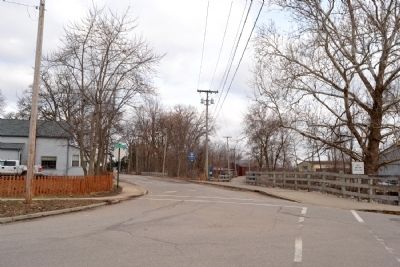