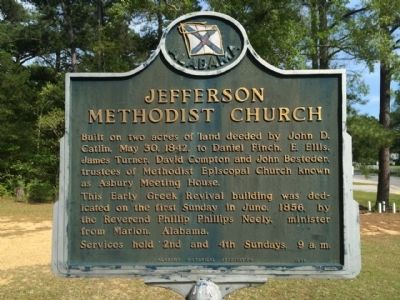 This early Greek Revival building was dedicated on the first Sunday in June, 1856, by the Reverend Phillip Phillips Neely, minister from Marion, Alabama.

Erected 1976 by the Alabama Historical Association.

Topics. This historical marker is listed in this topic list: Churches & Religion. A significant historical date for this entry is May 30, 1842.

Other nearby markers. At least 8 other markers are within 10 miles of this marker, measured as the crow flies. Jefferson Baptist Church (about 500 feet away, measured in a direct line); Foscue House (approx. 7 miles away); Old Marengo County Courthouse 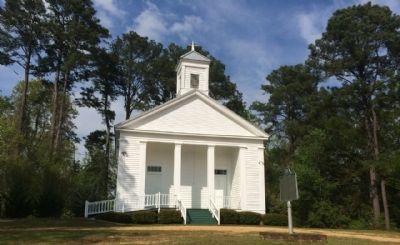