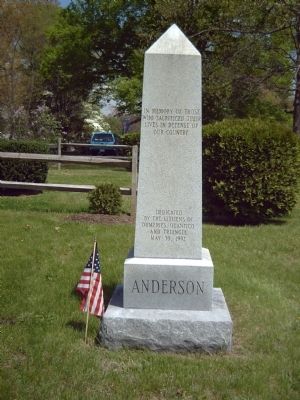 By Kevin W., April 20, 2008
1. In Memory Marker
Inscription.
In Memory. Anderson.
In Memory of those who sacrificed their lives in defense of our country. . This historical marker was erected in 1992 by the Citizens of Dumfries, Quantico, and Triangle. It is in Dumfries in Prince William County Virginia

Erected 1992 by the Citizens of Dumfries, Quantico, and Triangle.

Topics. This historical marker is listed in these topic lists: Military • Political Subdivisions.

Location. 38° 34.117′ N, 77° 19.961′ W. Marker is in Dumfries, Virginia, in Prince William County. Marker can be reached from Mine Road near King Street. Marker is in the center of Dumfries Cemetery, near the flag pole. Touch for map. Marker is in this post office area: Dumfries VA 22025, United States of America. Touch for directions.

Other nearby markers. At least 8 other markers are within walking distance of this marker. Quantico Church (a few steps from this marker); Revolutionary War Patriots and War of 1812 Veterans (within shouting distance of this marker); Dumfries Cemetery (about 500 feet away, measured in a direct line); William Grayson Bandstand Memorial (approx. 0.2 miles away); Mason Locke Weems and George Washington (approx. 0.2 miles away); Weems-Botts House (approx. 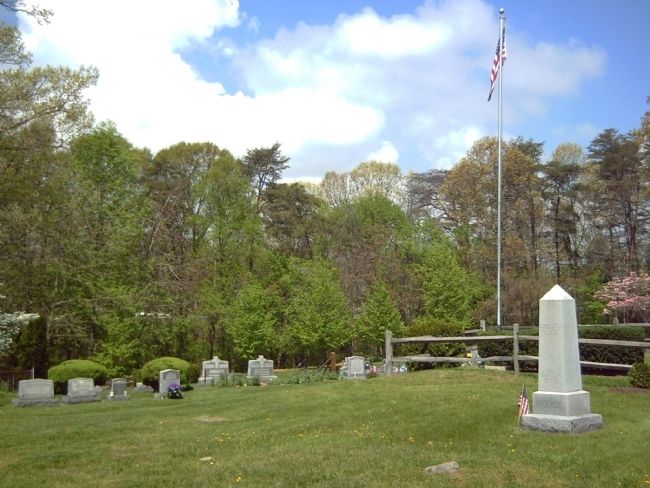 Editor’s want-list for this marker. The significance of the name, Anderson, at the base of the marker. • Can you help?
Share This Page.