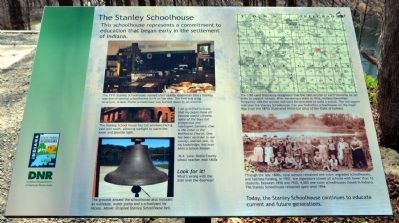 This schoolhouse represents a commitment to education that began early in the settlement of Indiana.
Today, the Stanley Schoolhouse continues to educate current and future generations.

Topics. This historical marker is listed in this topic list: Education. A significant historical year for this entry is 1915.

Location. 41° 20.272′ N, 85° 21.946′ W. Marker is near Albion, Indiana, in Noble County. Marker can be reached from County Road S300E south of County Road E75S, on the right when traveling south. Marker and the Stanley Schoolhouse are located in Chain O'Lakes State Park. Touch for map. Marker is in this post office area: Albion IN 46701, United States of America. Touch for directions. 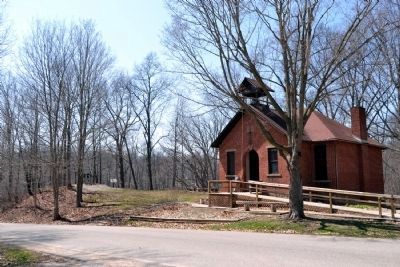 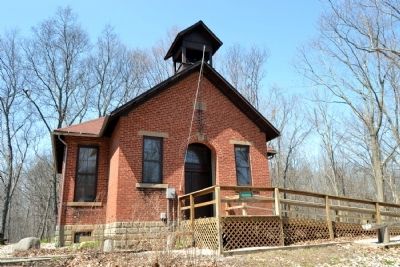 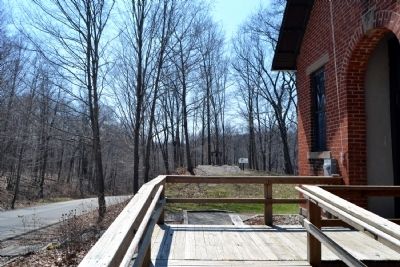 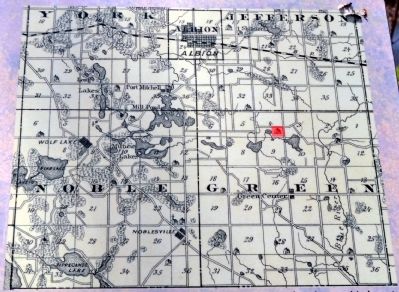 Photographed By Duane Hall, April 19, 2014
6. Close-up of Map on Marker
Map from the 1870s Illustrated Historical Atlas of the State of Indiana 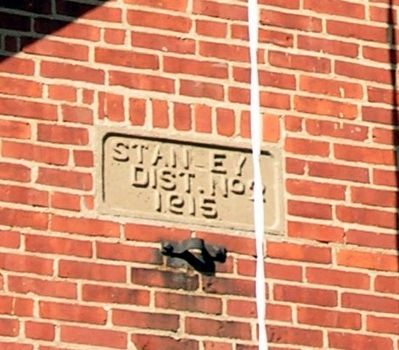