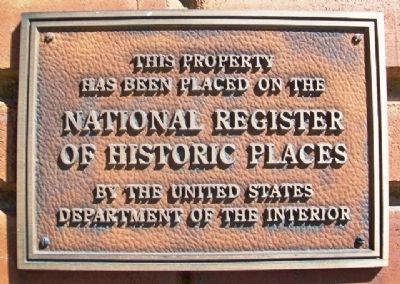 Photographed By William Fischer, Jr., March 10, 2014
1. City Hall NRHP Marker
Inscription.
City Hall. . ,
This property has been placed on the National Register of Historic Places by the United States Department of the Interior. . This historical marker is in Checotah in McIntosh County Oklahoma

Location. 35° 28.266′ N, 95° 31.353′ W. Marker is in Checotah, Oklahoma, in McIntosh County. Marker is at the intersection of Broadway (Business U.S. 69) and Spaulding Avenue, on the right when traveling north on Broadway. Touch for map. Marker is at or near this postal address: 201 North Broadway, Checotah OK 74426, United States of America. Touch for directions. 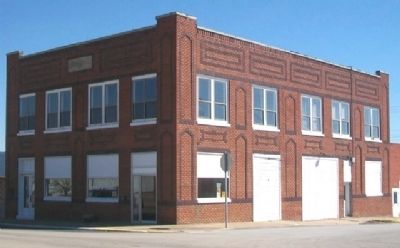