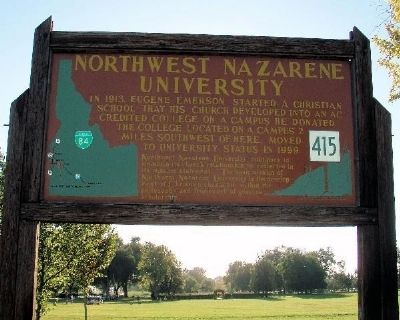 In 1913, Eugene Emerson started a Christian school that his church developed into an accredited college on a campus he donated. The college, located on a campus 2 mile southwest of here, moved to university status in 1999.

Topics and series. This historical marker is listed in these topic lists: Churches & Religion • Education. In addition, it is included in the Idaho State Historical Society series list. A significant historical year for this entry is 1913. 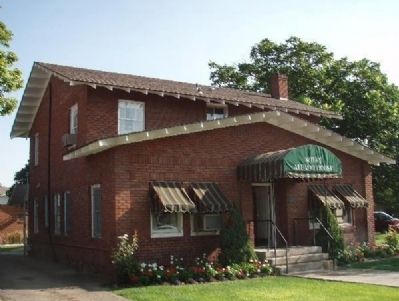 Click or scan to see
this page online
mounted on wooden posts in the extreme northeast corner of Lakeview Park. Touch for map. Marker is in this post office area: Nampa ID 83651, United States of America. Touch for directions.

Regarding Northwest Nazarene University. Established in 1913 in Nampa, Idaho, Northwest Nazarene University is one of eight liberal arts universities in the United States sponsored by the Church of the Nazarene, enjoying a close relationship with the city of Nampa as a cultural center. When first built, the campus was little more than a few buildings out in the Idaho desert. A history of the school's first fifty years was entitled From Sagebrush to Ivy by John E. Riley. The university now occupies a beautiful campus as the city of Nampa has grown up around it.

Now serviving as the alumni house with offices, lounge, library and guest rooms, the Wiley Alumni House was originally the home of Dr. H. Orton Wiley, 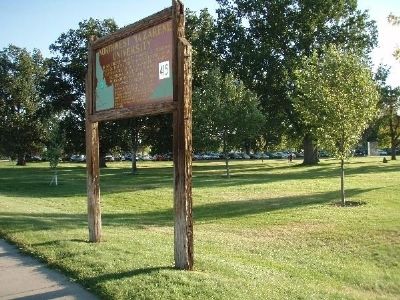 Photographed By Larry Wilson, August 17, 2007
3. Northwest Nazarene University Marker
first president of the school, teacher, preacher, author and theologian. The building is listed with the U.S. Park Service in the National Registry of Historical Places

The college has maintained close ties with its sponsoring denomination, the International Church of the Nazarene, with a strong emphasis on preparing men and women for Christian service. For most of its history the school was known as Northwest Nazarene College, but achieved university status in 1999. NNU has consistently been ranked as one of the top universities in the northwest, with high academic standards and a reputation of excellence. 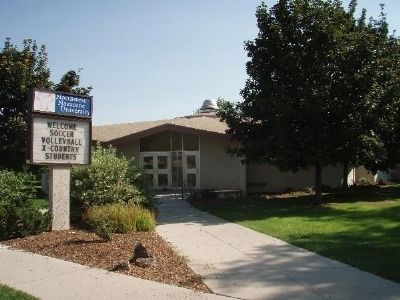 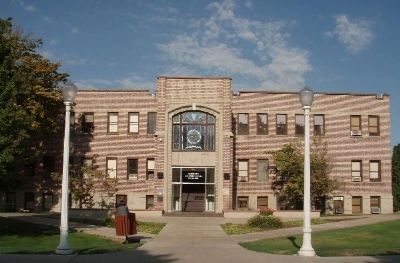