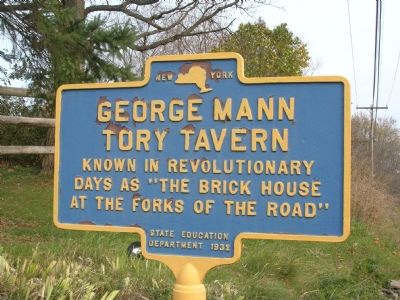 George Mann Tory Tavern Known in Revolutionary Days as “The Brick House at the Forks of the Road.” 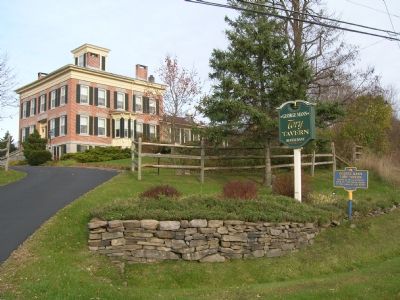 Click or scan to see
this page online
Captain George Mann, Co. 1, 15th Militia Regiment, decided to side with the British during the Revolutionary War. He was captured and spent the rest of the war in jail in Albany. He was popular enough at home that his property was not confiscated, and was known during the Revolution as “The Brick House at the Forks of the Road.” Today it is owned and operated as a restaurant by Ralph and Irmgard Buess.

The following information is taken from the back of the Tory Tavern restaurant’s menu.
"George Mann was the grandson of Heinrick Mann, one of many Palatine German settlers who located in the Schoharie Valley in 1711. He built at this site, which formed the forks in the two toll roads, a brick structure which was considered imposing for its time and which served both as a home for his farm and as additional income as a tavern providing food, drink and lodging for travelers of the roads to Albany and Schenectady. When the 15th Regiment of New York Militia was organized to protect this valley, know as the “breadbasket of the revolution,” Gorge Mann was commissioned captain of the first company. By 1776, he had changed loyalties, and the tavern became a meeting place for Tories and Indians. The label “tory” was given to those who supported the English crown. By 1777, he was relieved of his command in the militia. Various meetings were 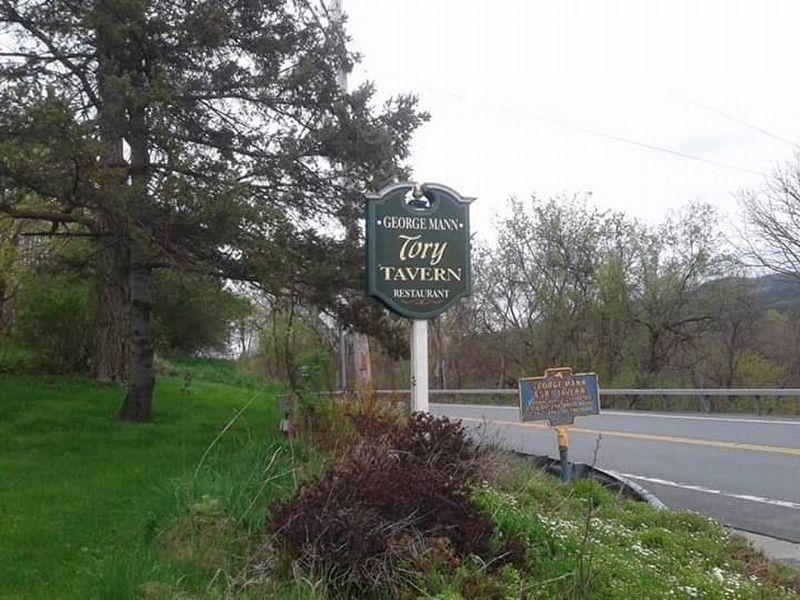 Photographed By Scott J. Payne
3. George Mann Tory Tavern Marker
held here with the aim of supplying information and support of the Tory raids of the Schoharie and Mohawk valleys. One of these raids, led by the Tory Captain McDonald, resulted in Mann’s going into hiding, surrendering himself in December 1777, and being imprisoned in Albany until after the war. At that time, his not having committed any serious offenses, he was released to become an upstanding citizen of the nearby hamlet of Warnerville. The house and surrounding farm never were confiscated since they were in the name of his father." 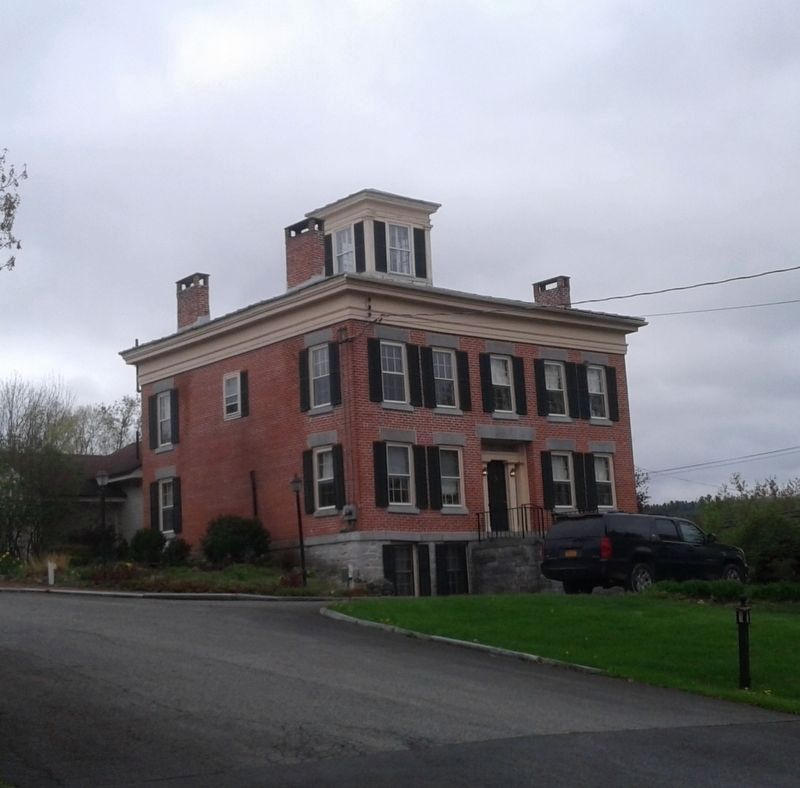 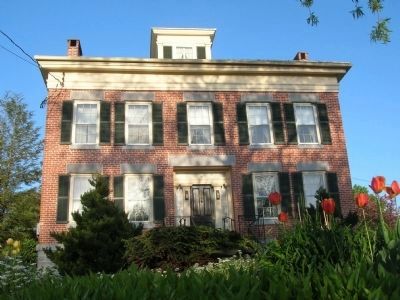 Photographed By Howard C. Ohlhous, May 13, 2008
5. The Tory Tavern
The George Mann Tory Tavern is a restaurant serving "American Cuisine in the Warmth of a Colonial Setting in Historic Schoharie." 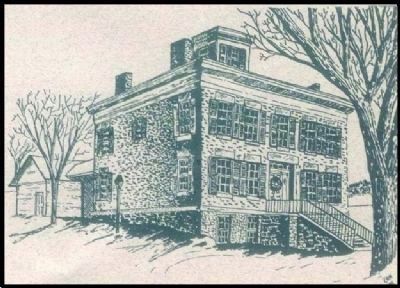