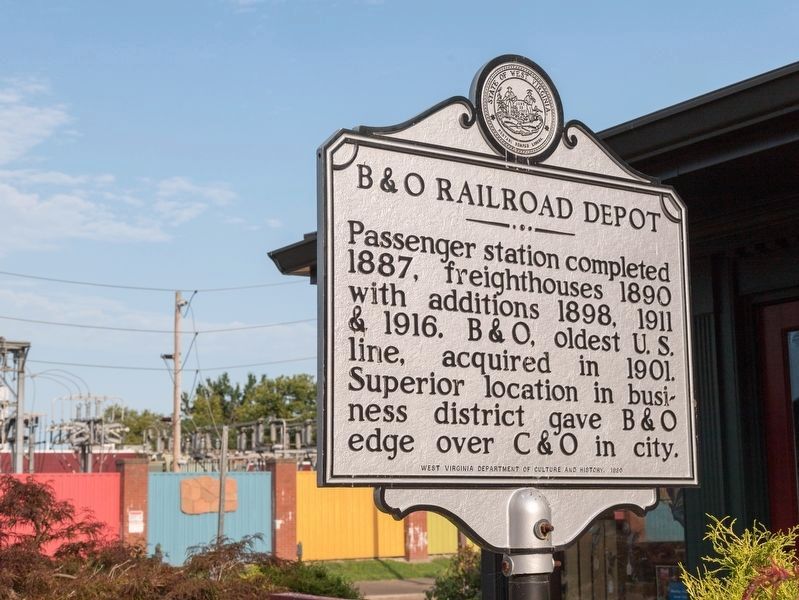 Heritage Village. Opened in 1977, historic structures are adapted to modern retail uses based on theme of railroad heritage. Includes B&O Depot, and 1875 Bank and Gutzon Borglum statue of Collis Huntington.

Erected 1980 by West Virginia Department of Culture and History.

Topics and series. This historical marker is listed in these topic lists: Entertainment • Industry & Commerce • Railroads & Streetcars. In addition, it is included in the Baltimore and Ohio Railroad (B&O), and the West Virginia Archives and History series lists. A significant historical year for this entry is 1977. 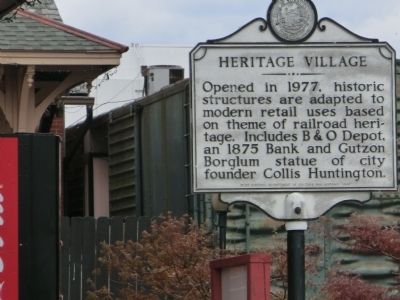 Click or scan to see
this page online
. Marker is at or near this postal address: 210 11th St, Huntington WV 25701, United States of America. Touch for directions.

Additional commentary.
1. About the “superior location” of this depot
This “superior location“ would certainly apply to non-time-critical less-than-a-boxcar freight and package service, which would be picked up by the recipient at the freight depot next to this station. The Chesapeake and Ohio station was further away from downtown than the Baltimore and Ohio station.

But for passenger service, it would depend on where the passenger wanted to go. Departing from either station would get you to any destination in North America eventually, by changing trains en route, but the trip would be significantly shorter and/or more comfortable to 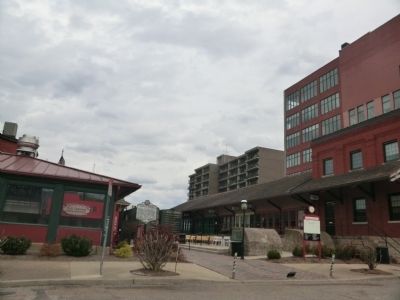 Photographed By Don Morfe, April 14, 2014
3. Heritage Village Marker
certain destinations depending on which station you departed from. Your travel agent knew this and would book you the fastest or more convenient train.

The C&O station in Huntington was on C&O’s main line from Cincinnati OH to Newport News VA and many C&O trains split in Charlottesville VA so that some of the cars would continue to Washington DC and New York City while the rest of the train continued through Richmond to Newport News.

From this B&O station in 1925, for example, the 10:35 p.m. overnight train would get you to Wheeling at 6:45 a.m., and Pittsburgh at 9:20 a.m. the next day without changing trains. You would have to change trains on the C&O and it would take much longer to get to Wheeling or Pittsburgh. Other trains north left at 7:35 a.m. and 11:40 a.m. to arrive in Wheeling at 4:25 p.m. and 7:20 p.m. respectively. All trains included either a cafe car or a full dining car and the overnight train had at least four sleeping cars.

The C&O had another advantage: trains to the state capital, Charleston. 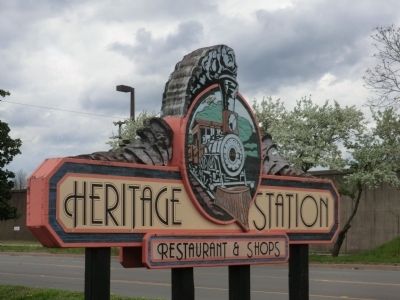 Photographed By Don Morfe, April 14, 2014
4. Heritage Village Marker
B&O tracks did not go to Charleston. But interestingly enough, if you were coming from, say, Wheeling to Charleston and could leave Wheeling at 6:45 a.m., it was faster to take the B&O to Huntington, transfer by cab to the C&O station which was ⅝ of a mile away, and continue to Charleston. You would get there at 7:05 p.m.
— Submitted July 30, 2021, by J. J. Prats of Powell, Ohio. 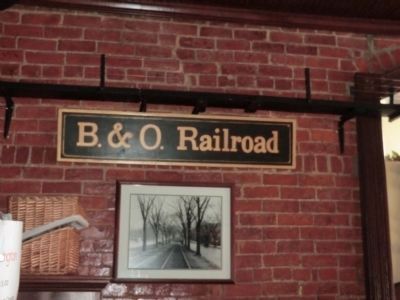 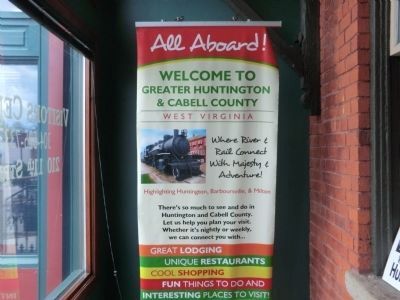 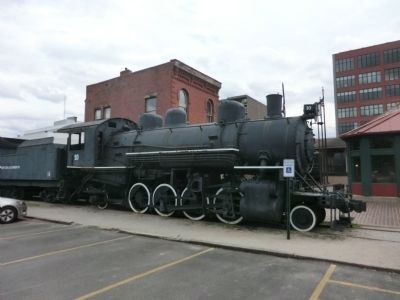 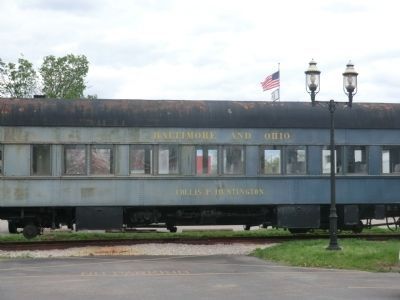 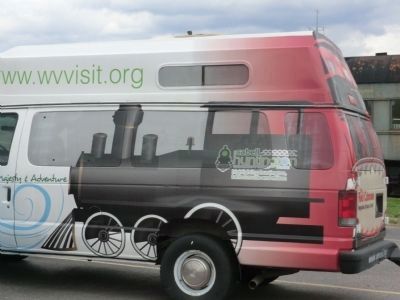