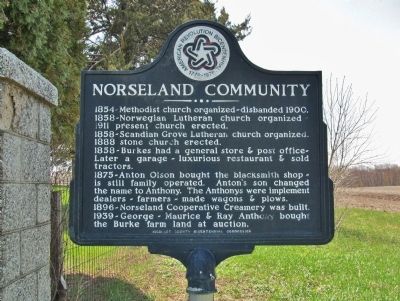 Topics and series. This historical marker is listed in this topic list: Settlements & Settlers. In addition, it is included in the The Spirit of ’76, America’s Bicentennial Celebration series list. 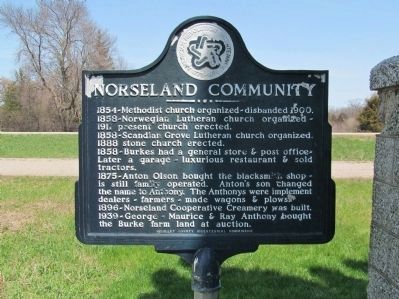 By K. Linzmeier, May 5, 2014
2. Norseland Community Marker
southwest side of marker with duplicate text
Norseland, Minnesota, in Nicollet County. Marker is on State Highway 22 0.4 miles east of County Road 52, on the right when traveling east. Marker is located immediately northwest of the old Scandian Grove Cemetery, 8¼ miles northwest of St. Peter. Touch for map. Marker is in this post office area: Saint Peter MN 56082, United States of America. Touch for directions. 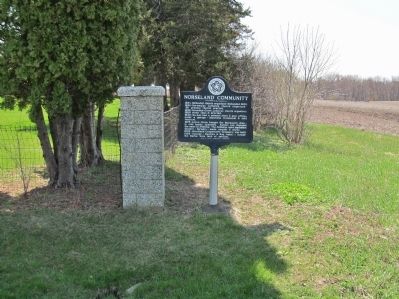