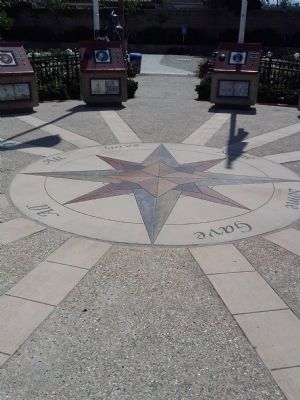 "All gave some
some gave all"

Erected 2010 by Poway Veterans Park Committee and City of Poway.

Location. 32° 58.225′ N, 117° 2.147′ W. Marker is in Poway, California, in San Diego County. Memorial is at the intersection of Midland Road and Adrian Street, on the left when traveling north on Midland Road. Touch for map. Marker is in this post office area: Poway CA 92074, United States of America. Touch for directions.

More about this marker. Six monuments and flags dedicated to the service branches surround a large star embedded on the floor of the platform. On each step leading up to the platform is a single word: God, country, duty, vigilance, honor, service. 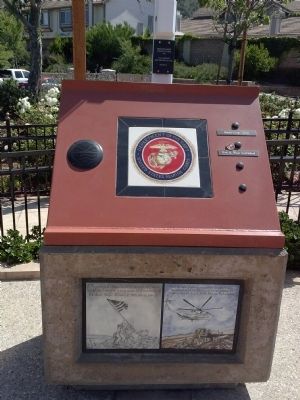 By Marsha A. Matson, May 28, 2014
2. Department of the Navy, United States Marine Corps
5 Marines and 1 Navy Corpsman raise the U.S. flag on top of Iwo Jima after coming under U.S. forces control in the South Pacific. Feb. 23, 1945. World War II. Marine takes fighting position in operation after disembarking a CH-53 helicopter on a Khanjari landing zone on July 2, 2009, War in Afghanistan
11, 2010, Veterans Park was dedicated to the public in grand fashion. (Submitted on May 30, 2014.) 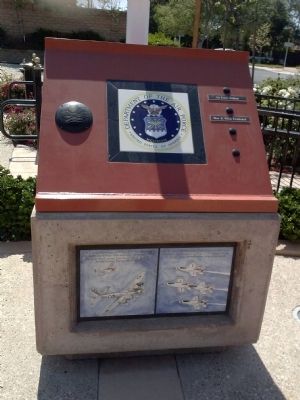 By Marsha A. Matson, May 28, 2014
3. Department of the Air Force, United States of America
U.S. Army Air Forces. B-17 Flying Fortress flew more missions over Europe than any other plane and a P-51 Mustang which served from World War II to 1980 in formation over Europe. World War II. U.S. Air Force Thunderbirds Flight Demonstration. Team America's ambassadors in blue. F-16 Fighting Falcon, the fastest flying demonstration team in the world. 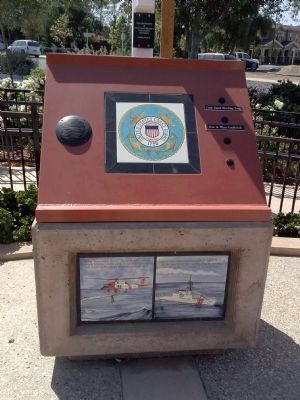 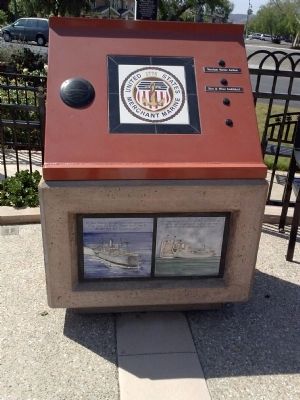 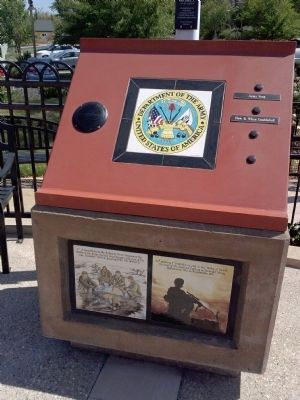 By Marsha A. Matson, May 28, 2014
6. Department of the Army, United States of America
1st Army soldiers in the Ardennes Forest, Belgium, at the Battle of the Bulge, the last large German offensive of the war. December 1944 to January 1945. World War II. 26th Infantry, 1st Battallion on post in the "Valley of Death," the area of the deadliest fight in the Korangal Valley, Afghanistan. War in Afghanistan 2010. 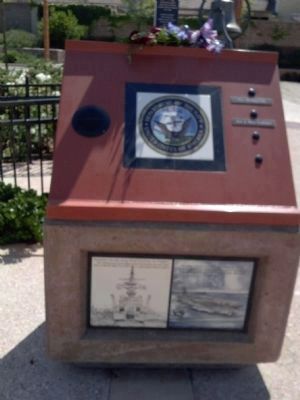 By Marsha A. Matson, May 28, 2014
7. Department of the Navy, United States of America
Battleship USS New Jersey BB-62 "Fire Power for Freedom," the largest and most decorated battleship, served from 1941 in World War II to 1999 in Operation Desert Storm. Abraham Lincoln Carrier Group "Shall Not Perish," conducts peacetime humanitarian missions, evacuations, and supports land forces with support oiler ship in the Persian Gulf. 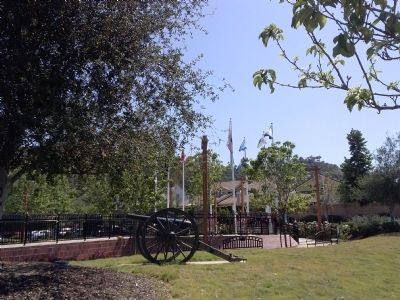 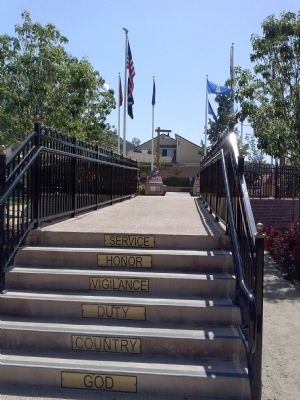 By Marsha A. Matson, May 28, 2014
9. Veterans Park Steps
Leading up to the memorial platform, six steps each have one word: God, country, duty, vigilance, honor, service. 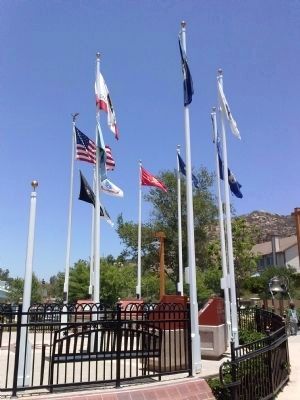